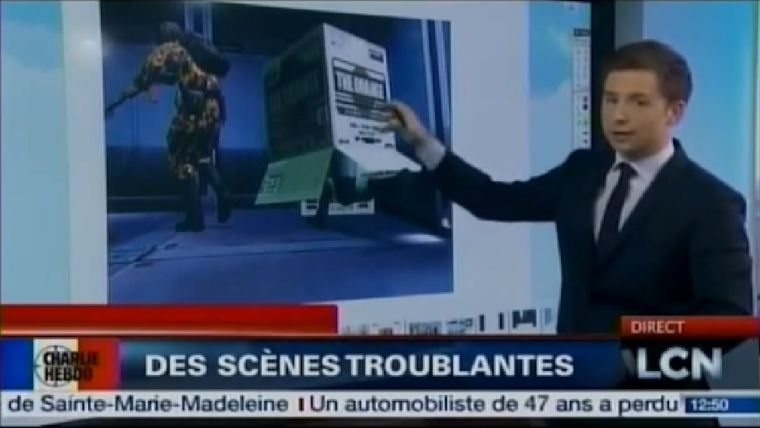 Completely separate from the subject of video games, you certainly have heard about the tragedies that have hit France and specifically Paris over the last week in a series of terror attacks. There was no connection whatsoever to gaming, but one new station in Quebec chose a very interesting gaming image in one of their reports about the attacks.

The Quebec news station was discussing the incident and very strangely chose to use an image of Snake from Metal Gear Solid 2: Sons of Liberty in a cardboard box to accompany the story. As Gamnesia points out, this isn’t completely off-topic as one hostage actually did hide inside a box of some sort, allowing him to get to the police.

It is unknown why they got this image, but it is always possible someone submitted it as a joke through the news station’s social media page in this day and age. Either way, it is one of those really strange news stories that does happen occasionally. This isn’t the first time something like this has happened and certainly won’t be the last, but this one is at least a little fitting considering the events. If you want to check out the video with the Metal Gear Solid 2: Sons of Liberty image, you can do so for yourself right here.