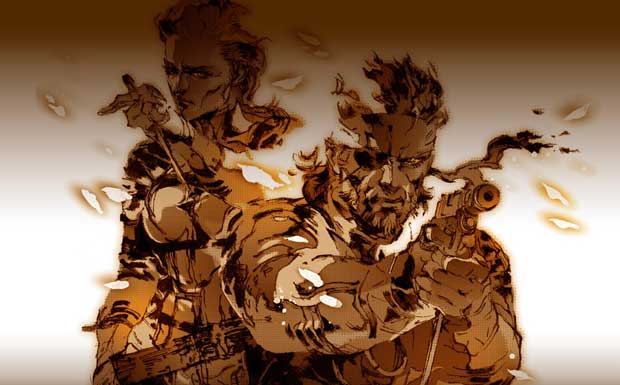 The first look at Metal Gear Solid: Snake Eater 3DS was revealed tonight at Konami’s E3 2011 Press Briefing.  The game which is headed to the Nintendo 3DS, was announced and shown briefly at last year’s E3 reveal of Nintendo’s latest handheld.  Since then we haven’t seen much about this much anticipated 3DS title, aside from the recent picture of the game snapped by creator, Hideo Kojima.

The game which is set to arrive later this year on the 3DS should be very familiar for fans of the original PS2 classic.  Konami showed off some of the new features of the game, and how the accelerometer will come into play.  Some spacial control of your device will be needed when crossing dangerous terrains.  If you move your handheld too much or aren’t of steady hands, you’ll fall when climbing or traversing other objects.

The game is also set to make use of the dual screens on the 3DS.  It looks as if rumors of early have been confirmed that the bottom screen will hold all map and inventory data, while the top screen will play host to the gameplay.  The game also takes advantage of the camera in the device.  Using a feature known as “Photo Camo”, you can take a picture of any object then use that photo to creat camouflage patterns for Snake.

The game looks like it could be one of the most promising titles coming to the handheld from both a gameplay perspective and graphically, it looks equally impressive on both ends, and is taking advantage of the technology in almost every way possible.