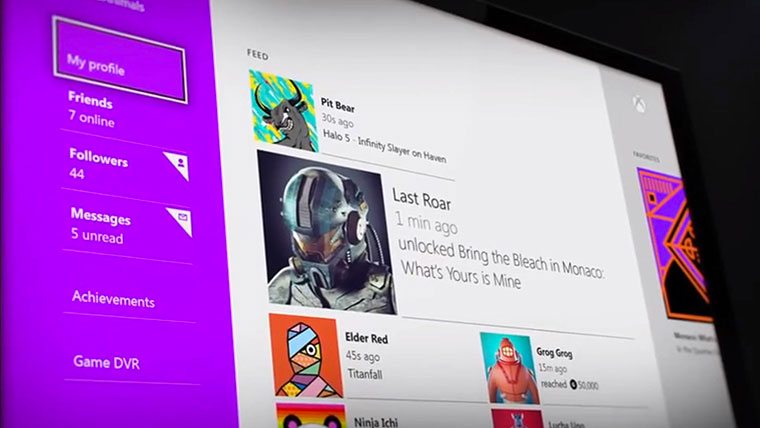 Microsoft released a seemingly innocuous trailer for the Xbox One earlier today, which basically showed off the features of the console.

However, Xbox One fans over on Reddit have discovered an interesting bit of information in the trailer. The Xbox One friends list shown in the video had players playing the highly anticipated Halo 5. A still of the video can be found above.

As you can see, this list the player playing Halo 5 on the Xbox One, on the map Haven — a fan favorite from Halo 4.

A quick tease of Halo 5

There is almost zero chance that this was an error by Microsoft’s marketing team. The deliberate tease has gotten fans talking about the prospects of an E3 reveal for Halo 5, and what that could mean for the Xbox One games line-up for this year.

Many still believe that Microsoft will be releasing a Halo 2 Anniversary Edition this year. We’re only four weeks away from Microsoft’s press conference event in Los Angeles. It’s looking like a certainty that we hear more about Halo 5 at the show.