Minecraft 2 On The App Store Is Fake

Minecraft 2 does not exist yet so don’t get fooled into downloading the supposed “sequel” on the iTunes app store. It is a fake.

As reported by Eurogamer, a game called “Minecraft: Pocket Edition 2” has been listed on the App Store. Unfortunately, it’s not really Minecraft 2. Someone is profiting off the name in order to make a quick buck. 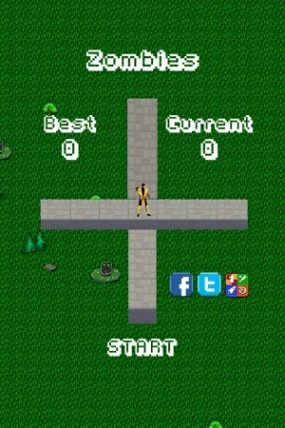 You don’t build blocks in an open-world environment like a real Minecraft game. In “Minecraft: Pocket Edition 2”, you randomly play as Mortal Kombat’s Scorpion trying to fend off a zombie invasion. The worst part is that it’s a cheap 2D video game. It graphically looks bad.

Eurogamer contacted Minecraft’s real developer, Mojang, to comment on the matter. They are in the middle of trying to remove the game on the app store due to “copyright and trademark infringement“. The game is ripping off two licenses when you think about it. Not only is it disguised as Minecraft 2, but it uses Scorpion too. Warner Bros. and NetherRealm wouldn’t be pleased about that either.

If you see “Minecraft: Pocket Edition 2” on the App Store, please don’t download it. Unless of course you want to play as Scorpion fighting off zombies. Most people however should stay away from it as it’s not Minecraft 2.

Update: Looks like Apple has removed this game already. Surprising it was approved in the first place.

Home / Game News / Minecraft 2 On The App Store Is Fake