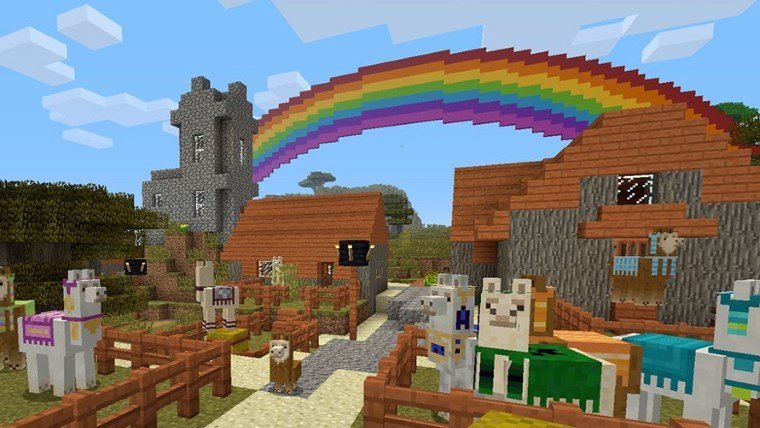 A new Minecraft update is rolling out now across the many console versions that the game has. PS4, Xbox One, Switch, and others are all getting a fresh update today or some time soon, depending on how long it takes to appear on the various markets. Minecraft Update 44 or 1.52 adds in a new skin pack as well as new Achievements and Trophies, along with the usual slate of bug fixes and changes. Here’s the patch notes for the Xbox One version, which is fairly similar to the rest. Keep reading for some of the highlights.

Here are the top headline changes for this latest Minecraft update: Added Mini Game Heroes Skin Pack. Added 7 New Achievements. Added Biome Scale Slider. Added Find Balanced Seed option. Added Llamas, new mobs that can be tamed and ridden, and will form caravans when led. Added Parrots. Try letting them ride your shoulder, but be careful what you feed them! Added Woodland Mansions, and the mobs that inhabit them: Vindicators, Evokers, and the annoying Vexes that they summon.

Adding stuff seems to be the theme of this latest update, with the patch notes listing tons of other additions being made to the game. Most of these are moving over from the PC version, bringing consoles more in line with the more robust version of the popular game. Explorer Maps, Observer blocks, the Totem of Undying, and a bunch more new stuff will be in your Minecraft console experience, so load up the new update and check it all out.