Monster Hunter: World Getting a Custom PS4 Pro in Japan 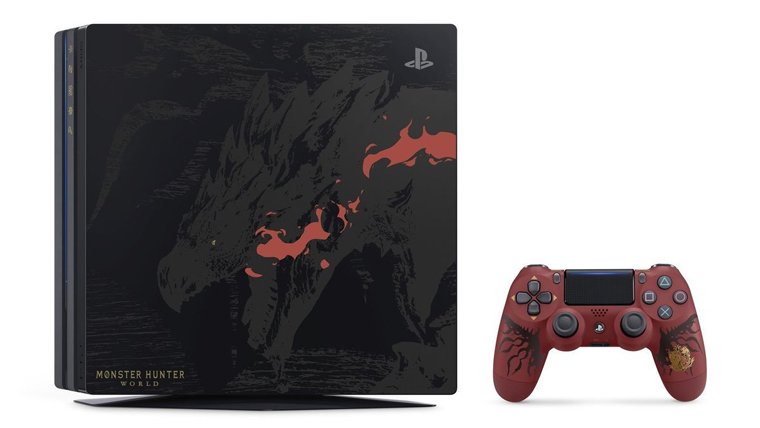 Monster Hunter: World is one of the most important game releases for PS4 in 2018, and so both Capcom and Sony are making the most to make sure the game succeeds as much as possible. Fresh off an impressive gameplay preview at Sony’s Tokyo Game Show 2017 conference, the company has unveiled a limited edition of PS4 Pro featuring a gorgeous design based on Rathalos (Liolaeus in Japan), one of the most iconic creatures of the game.

This special edition consists on a 1Tb PS4 Pro in black with a special design on the top, a series of symbols at the front, and a Dualshock 4 controller in red also featuring special art motives from the game. It is very unusual for PS4 Pro to get this kind of limited releases, but it does make sense considering that Sony promotes the Pro model as a console for hardcore gamers who want to make the most out of their console, and Monster Hunter itself is a series heavily focused on a very specialized type of gamer. This also might set a precedent for upcoming special editions of PS4 Pro that may launch in Western markets.

Pre-orders for the console open tomorrow in Japan, with the console launching on December 7 in order to take advantage of the Christmas sales. However, this is about two months ahead of the game’s release on January 26, so each bundle will include a code to download the game once it becomes available on the PlayStation Store.