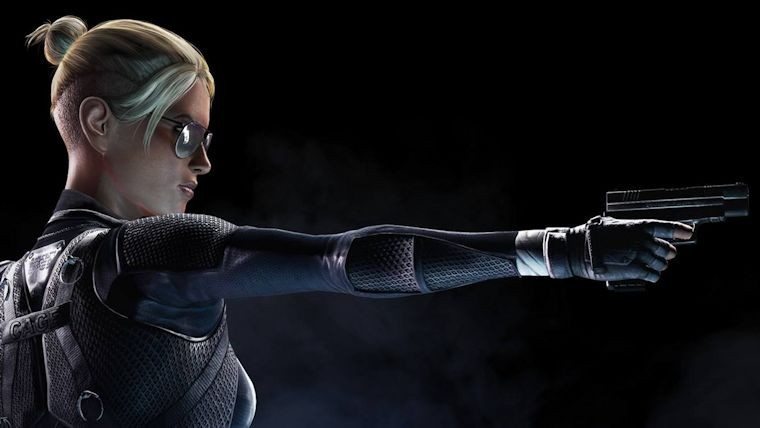 NetherRealm Studios has gradually been building up its roster for the upcoming Mortal Kombat X since its announcement last spring. Very recently, we’ve seen the reveal of a number of classic fighters in the franchise like Reptile, Kitana, and Ermac, with most of the remaining characters expected to be brand new to the series. However, that is certainly not stopping the teasing of at least the appearance of even more veteran characters.

Rain, Jade, and Cyrax were recently teased, though likely not playable in this game due to the limited returning fighter spots remaining. Now, according to IGN, even more have been hinted at in a recent video out of Brazil.

Within this video, Cassie Cage hints at not just one, but two classic characters. The first is her mother Sonya Blade, as Cassie says “Stay away from my mother.” Obviously, this means that Sonya is still around in some way years in the future, but considering her age at this point, she likely would not be playable. Someone that even looks like classic Sonya, or Cassie in a Sonya costume, also appears to be in the Factions menu.

Cassie Cage also mentions another fan favorite fighter by saying “Are you ok, Uncle Jax? Your joints are cracking.” This also means that Jax is around in some capacity in the game, but it is more than likely that both Sonya and Jax are only around in cutscenes and not as actual playable fighters. Even with the fighters being split down the middle between old and new fighters, it appears we will at least see what some others have been up to in the years since Mortal Kombat 9.