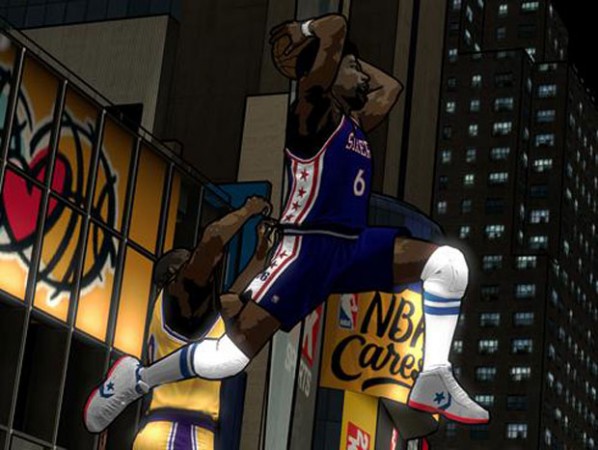 Today 2K Sports Announced that NBA 2K12 will be getting DLC called the “Legends Showcase”.  The content will be heading to the PlayStation 3 and Xbox 360 this “holiday season” and will be focused heavily on the legends aspect of the basketball title.

Legends Showcase allows gamers to select from more than 150 of the NBA’s all-time greatest players, including Michael Jordan, Larry Bird, Magic Johnson and Dr. J, and compete in authentic pick-up games from 1-on-1 up to 5-on-5, in a completely cel-shaded art style.   Legends Showcase also features mini-games, such as 21 and H-O-R-S-E, along with other new features like the 2-on-2 Teammate Challenge and 3-on-3 Era Challenge.  Gamers can also unlock current NBA players to create unique match-ups between legends and current stars.  Finally, for the ultimate challenge, gamers can bring their My Player into the mix and battle the legends of the NBA to see how they stack up against the best ever.

As an added bonus, Legends Showcase also includes Classic Quick Match, a new mode that is opened up in the main game allowing gamers to play online with the NBA’s Greatest teams in a regular simulation setting.

Look for the add-on content sometime between now and Christmas we assume.