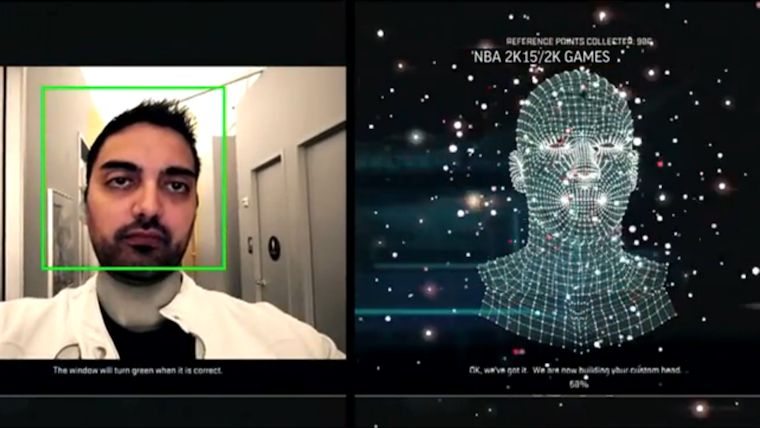 Sports video games just keep getting realer and realer graphically every year, which has been helped even more in recent years thanks to face-mapping technology. By scanning the actual athletes, the in-game designers have been able to make the players look as much like the real thing as they possibly can, rather than starting from scratch. With only a few weeks left until the release of NBA 2K15, some very good news have been revealed about bringing that technology to the gamers themselves.

Exclusive to the Xbox One and PlayStation 4 versions of NBA 2K15, you will be able to use the game’s face-mapping technology on your own face to put yourself directly in the game. This is easily done through the Kinect or PlayStation Camera, which is able to get a full 3D model from different angles.

EA Sports has tried something similar in the past with their EA Game Face, but it was nowhere near this level. With that, you just inputted a front view of your face and then a side view and it would generate an in-game face, most of the time very poorly. It will be interesting to see how realistic this will look in NBA 2K15, especially with single player modes being some of the most popular in games like this.

KTVU has provided the following video that shows off this feature with some details about the process itself.