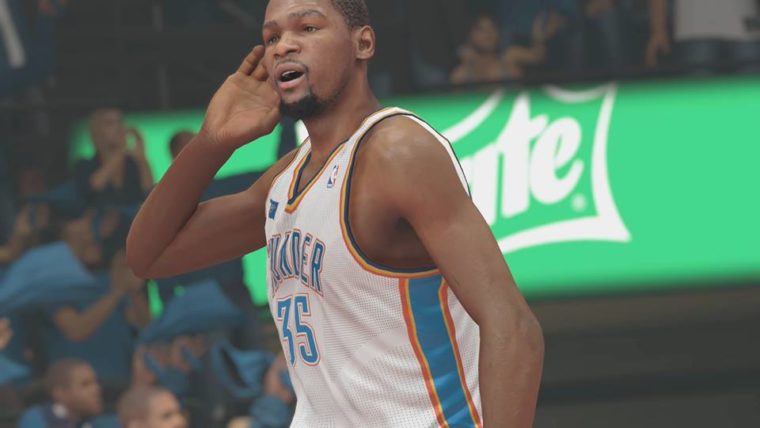 The NBA 2K15 news just keeps on coming lately, with this being one of the more exciting pieces of information. After the very successful inclusion of Lebron James’ actual voice in NBA 2K14 for MyPlayer mode, 2K Sports has revealed that many others players will be adding their voices to the game as well.

MyPlayer was introduced as a story type mode for the game that introduced your rival, who appears to be returning, named Jackson Ellis. This added a lot to the game by having Lebron James’ voice included to make this mode feel more realistic and it is being furthered quite a bit this time. Naturally, the new cover athlete Kevin Durant will lend his voice to the game, but that is far from all this time around. The following are the other confirmed athletes to record for the game, according to NBA 2K4Life.

This is likely not all we will see in NBA 2K15, so who else would you like to see in this year’s MyPlayer mode to make the story-like mode even more exciting? Make sure to weigh in on who you’d like to see in the comments below.