NBA 2K15 Rising Star Has Rating Revealed By The Man Himself

The latest news in the world of video games at Attack of the Fanboy
September 5th, 2014 by Dean James 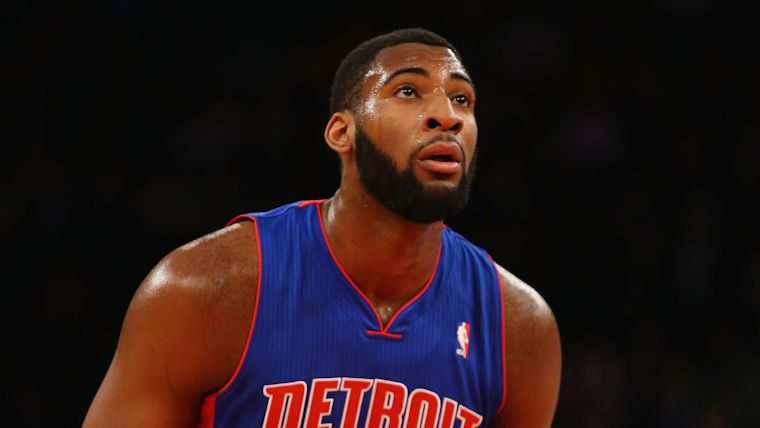 2K Sports is in the process of revealing the official ratings for all 224 players in the upcoming NBA 2K15 as we speak, with the first batch coming just yesterday. The next 100 will be revealed once the Twitter account hits another follower milestone, but one NBA player that happens to be one of the young rising stars in the league just couldn’t wait to reveal his rating for NBA 2K15.

Starting at the University of Connecticut, center Andre Drummond was a hot commodity going into the 2012 NBA Draft, where he was drafted by the Detroit Pistons at #9 overall. Since then, Drummond has done very well in the league, including coming fourth in Rookie of the Year voting in his first season, along with playing in the NBA Rising Stars Challenge over All-Star Weekend this year, where he even set a rebound record. On top of that, he is currently on the 2014 FIBA Basketball World Cup team right now for the US, so needless to say, he’s quite a good player.

Drummond took to Twitter himself and posted an image of himself in-game that revealed his 83 overall rating in NBA 2K15. Considering there are only four players with a rating over 90, including cover athlete Kevin Durant, this is a very solid score and could easily rank him in the top 100 players in the game. However, we’ll have to wait and find that part out for sure once 2K Sports finishes up their rating reveals.