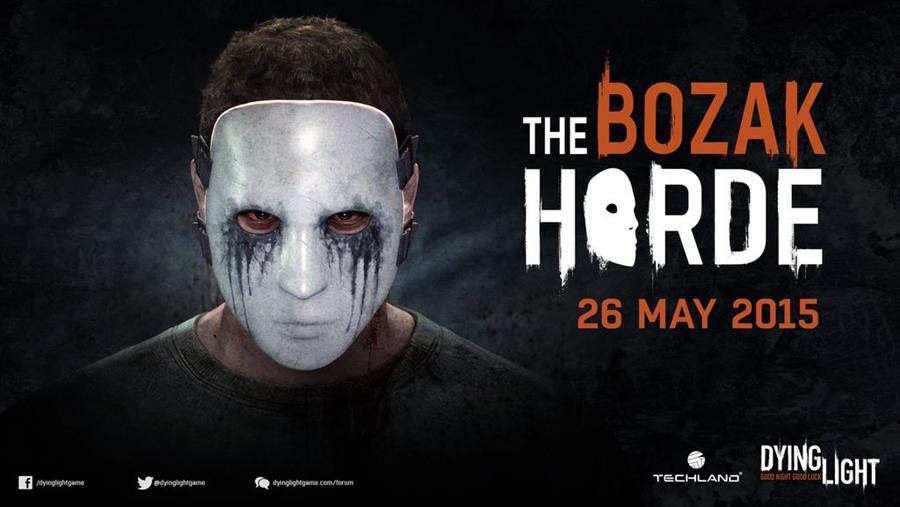 Dying Light fans may still be working their way through the game, but that doesn’t mean there isn’t more awaiting them. The Bozak Horde DLC will serve as additional challenges that the player will face with co-op play in mind.

The key to Dying Light was that it is a survival horror type of game that pits players against hordes of zombies with nothing to defend themselves, but their wits. The latest DLC, Bozak Horde is setup where the player has been captured and wakes up at Harran Stadium. In a SAW-like turn of events their captor, the troubled Bozak, orders them to undergo a series of crazy and twisted challenges. Co-op play is encouraged and will offer a hefty challenge for teams of four.

Judging by the video, players will have to take on zombies, defuse bombs, fight for their lives with limited amount of weaponry and even traverse the stadium with parkour to save their lives all the while trying to figure out why Bozak has captured them. If players manage to beat the mode they will unlock a compound hunting bow. Check out the video below for a glimpse of the Bozak Horde DLC.

Dying Light will release the Bozak Horde DLC on May 26th for PlayStation 4, Xbox One and PC. The Bozak Horde is apart of the Season Pass, so anyone who has it will not have to purchase this DLC for $9.99.