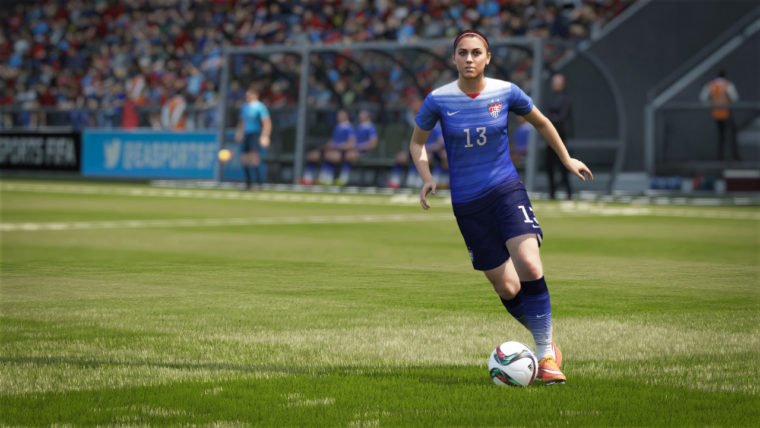 EA has now shown FIFA 16 off in all its glory, revealing new features and a stunning gameplay trailer.

While there are naturally many additions and tweaks to make improvements to the gameplay and graphics, here are our top 5 new features of FIFA 16:

One of the most interesting FIFA announcements at E3 this year has to be about the new ability to pull out of tackles. It has always been an issue when you go to slide, realise you have mistimed the challenge and can do nothing about it. Well, finally, that is about to change! Re-pressing the tackle button will see players jump back off the floor. This opens up the possibility for, what the developers call, ‘fake’ tackles to trick attacking players to wrongly commit.

It is never good when someone scores against you but when it comes from a mistake from the goalie it is always harder to take, as you can’t do anything about it. EA are looking to minimise this annoyance by letting goalies backpedal and watch the ball. The development team says this should make it harder for some crazy long-range efforts to sneak in.

Players have been made aware this year. Not only will players actually track the ball they will be better at intercepting. This should result in players not standing still as the ball rolls past them, as you shout at the screen for them to stop an opponent’s pass.

While announced before E3, with plenty of both support and trolling, the addition of female players does add a new aspect to the game. As the Women’s World Cup is currently running it seems a natural time for these new players to be added into the game. EA has confirmed it has used its full face scanning technology to give female football players a realistic first outing.

While not a huge new feature new animations raise the realism bar. By increasing the number of animations, making a larger variety, matches will appear closer to real life. It is also nice to see with a number of tweaks going the way of defending and passing that attackers got some of EA’s time. Both new heading and volley animations have been confirmed.

See some of these features in action in the newly released E3 FIFA 16 trailer below.