New Fighter For Pokken Tournament Is Being Announced Next Week

The latest news in the world of video games at Attack of the Fanboy
October 3rd, 2016 by Dean James 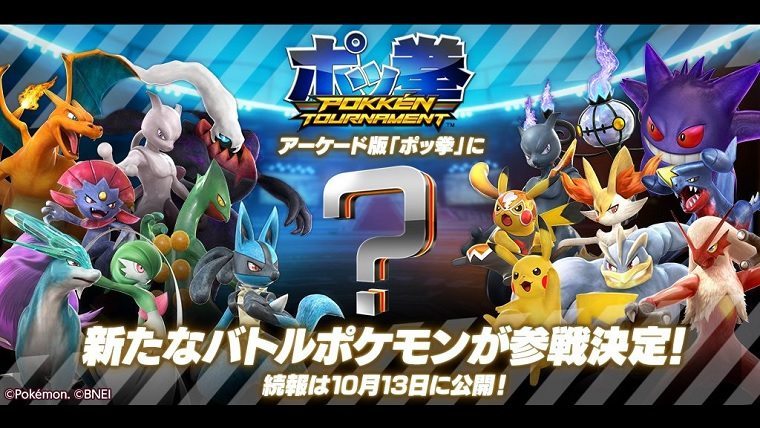 Pokken Tournament came out earlier this year for Wii U, but it originally released last year in Japanese arcades. Since that release, the arcade edition has gotten an additional fighter with Darkrai, and now yet another is set to be announced.

As posted to the official Japanese Pokken Tournament Twitter, a new Pokemon is set to be revealed as a playable fighter next week on October 13 for the arcade version of the game and to stay tuned for more information.

This obviously isn’t very much information to go off of for any sort of speculation by itself, but we might have an indication of who it could be based on past leaks.

While the Wii U version hasn’t received the previously released in arcades Darkrai as DLC as of this time, one of the more recent updates for the game had code inside for not only Darkrai, but also Empoleon and Scizor.

Considering we did get Darkrai already, it would make a lot of sense if either of these other two were added. However, that is something we’ll just have to wait and find out on October 13.

Who would you like to see added to Pokken Tournament if you could pick? Make sure to let us know in the comments below.