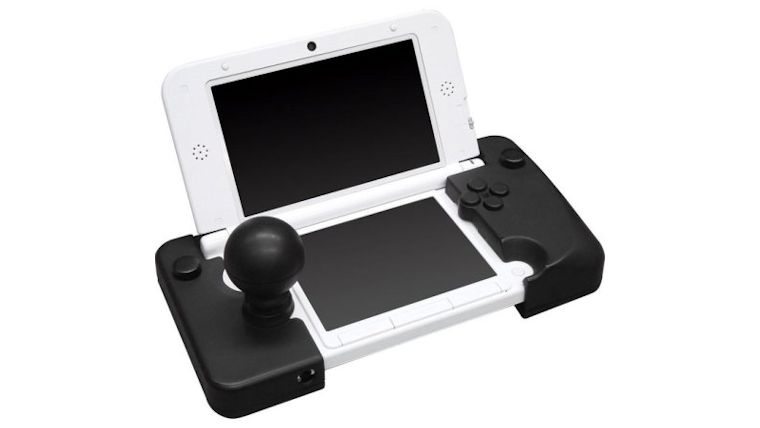 Super Smash Bros. has always remained exclusive to Nintendo consoles in the past, but this time around we are getting both a console and handheld version. The Wii U seems perfect for the fighter, with a ton of control options that include even the GameCube controller, thanks to a special adapter. Now, a third party company in Japan has revealed a very interesting accessory for the Nintendo 3DS that is built just for Super Smash Bros.

The Japanese accessory company Cyber Gadget unveiled the special arcade joystick add-on for the Nintendo 3DS XL. Currently only releasing in Japan, this joystick accessory will cost 3000 yen, or around $30. Considering that the 3DS control scheme may not be the best suited for a fighting game like Super Smash Bros., this could possibly prove to be something very popular amongst gamers. The only surprise is that Nintendo did not come up with something like this themselves.

While Super Smash Bros. is launching in September in Japan, this accessory will not be coming until sometime in October. As of right now, the US will not be getting anything like this, but it would be pretty surprising if no one releases something at least similar for a major release like this.