The latest news in the world of video games at Attack of the Fanboy
April 8th, 2017 by Dean James 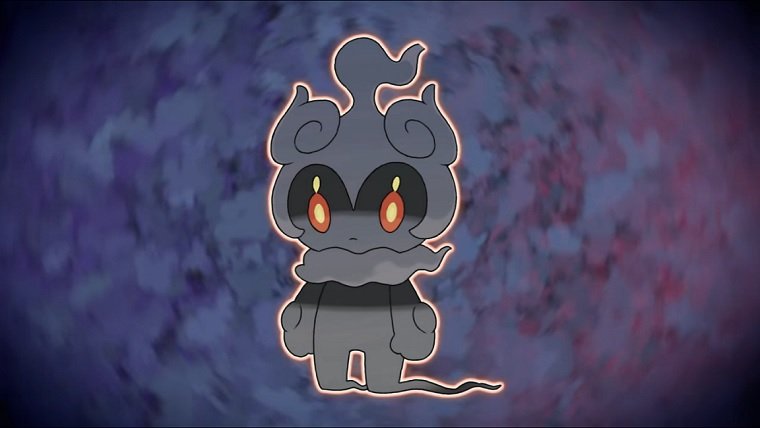 Pokemon Sun and Moon released last November to finish off the 20th anniversary year of the long running series, with the game garnering universal praise. Going all the way back to the originals, we’ve seen additional Pokemon introduced in each generation that are distributed separately and now the first of those has been revealed for Pokemon Sun and Moon.

This announcement came courtesy of the official Pokemon YouTube channel that posted a very short teaser video to reveal a brand new Pokemon known as Marshadow that was previously found in leaks even prior to the release of Sun and Moon last year. Unlike past Pokemon reveals though, this one is very limited with the information provided officially.

The teaser simply states that a new mythical Pokemon has been discovered for Pokemon Sun and Moon, which is then followed by the reveal of Marshadow’s name and design.

While Marshadow’s typing wasn’t revealed here, the previous leak said it would be Fighting/Ghost. The design itself is mostly grey and black, with its feet tapering off like a shadow would from a body. It also has red-orange eyes that have a yellow center and little yellow spot above them as well.

The teaser video ends with the reveal, though it does promise that more details will be coming soon about Marshadow and how you can get it in your copy of Pokemon Sun and Moon.

Also of note, a new preview for the Pokemon 20th anniversary movie titled Pokemon The Movie 20: I Choose You was released today that somewhat surprisingly includes Marshadow. It isn’t a shock that the new Pokemon movie has the upcoming new Pokemon in it, as that’s pretty common, but considering this movie seems to be almost like a retelling of Ash’s journey through Kanto, it’s a little surprising to see a Pokemon from Alola.  However, the trailer also shows other Pokemon like Piplup, so this is definitely going to be a bit different, especially with a seeming lack of Misty and Brock in it. If you are interested in that trailer as well, you can check it out below, with a release date scheduled in Japan for July 15.