New Skylanders Game Has Been Confirmed For 2016 By Activision

The latest news in the world of video games at Attack of the Fanboy
May 6th, 2016 by Dean James 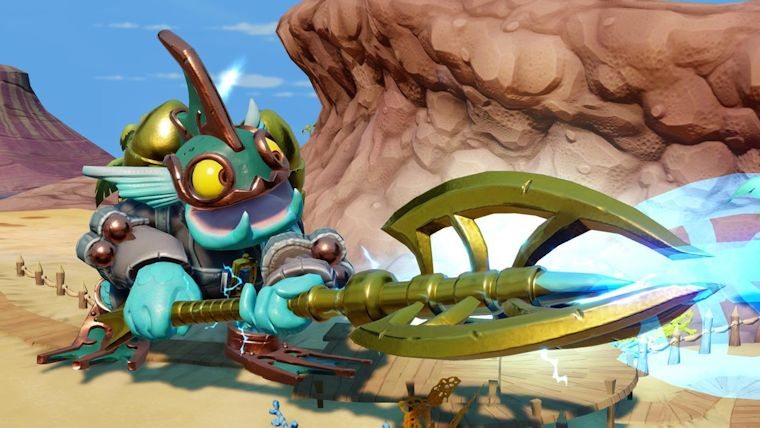 Activision is one of the publishers most well known for annual franchises as they are behind the continuously successful Call of Duty franchise. That is not all though, as they have also been churning out yearly entries in the Skylanders franchise now for five straight years and while it’s no big surprise, they are planning on making that six.

Activision just released their financial results for the first quarter of the current fiscal year that spanned many different topics. One that stood out though is confirmation that a new Skylanders game is indeed planned for sometime later this year.

“Activision expects a new Skylanders game to launch in 2016 along with Skylanders Academy, a new TV series celebrating the beloved kids franchise.”

We had previously heard that a Skylanders TV series was in the works and it sounds like they also have plans to have it release sometime this year as well.

This year will be especially interesting to watch as Disney Infinity is taking a different approach by expanding upon 3.0 instead of releasing a 4.0 this year. This may mean that we’ll see some big set still come out around the August to September period, but if not, Skylanders could have this territory all to themselves when not counting possible amiibo.

Skylanders always introduces some sort of new gimmick in each entry, with vehicles being added in 2015’s SuperChargers, so it will be interesting to see what they have up their sleeves this year to try and avoid possible series fatigue and decreasing sales like we saw with last year’s game.