The latest news in the world of video games at Attack of the Fanboy
February 8th, 2015 by Dean James 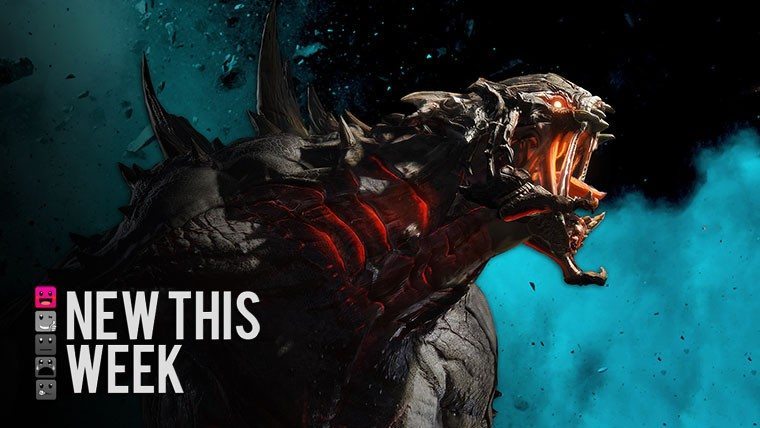 While offering less in the quantity of new releases this week, this is perhaps the biggest week so far in 2015. In fact, unlike most weeks where Tuesday is the headline day, the week itself is a little back heavy.

The one major early release of the week is that of the hotly anticipated Evolve on Tuesday. Ace Combat: Assault Horizon Legacy+ also releases in retail for the 3DS, while PS4 and PS3 get Unmechanical: Extended Edition. Even the Wii U eShop gets a non-typical Tuesday release with Paparazzi.

Following the major release of Evolve on Tuesday, Nintendo is going all out on Friday with the release of the New Nintendo 3DS. Not only that, but we are also getting The Legend of Zelda: Majora’s Mask 3D and Monster Hunter 4 Ultimate thrown in as well.

Check out the full list of new releases below of what you can expect to be released the week of February 8th through February 14th: