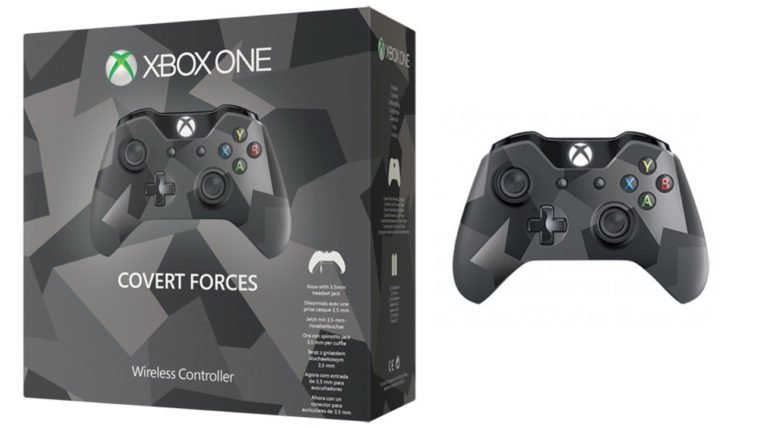 Recently an update to the Xbox Support Page seemingly outed the existence of a new Xbox One controller. However, with no confirmation of the revamped controller’s existence it seemed relegated to the rumor mill until E3, or whenever Microsoft decided to unveil it. Now though, a retailer seems to have officially let the cat out of the bag as images have leaked for the upcoming Xbox One Covert Forces controller, which will feature a new aesthetic design as well as the previously rumored 3.5mm headphone jack. The box proudly states “now with 3.5mm headset jack.”

Libro, who has since pulled the listing, posted a page for the new controller, which featured the image above. Surprisingly, the launch date was listed as June 8th, which puts it coming out before E3. This means we should be expecting an official announcement very soon, unless these are going to have a stealth launch of some sort.

Unfortunately, little else can be gleamed from the removed listing. It seems like the new paint-job, along with the 3.5mm headphone jack support are the only major changes being made to the Xbox One controller. Those wishing for additional features, or an altered physical design, will have to keep waiting.

Xbox Xbox One xbox one controller