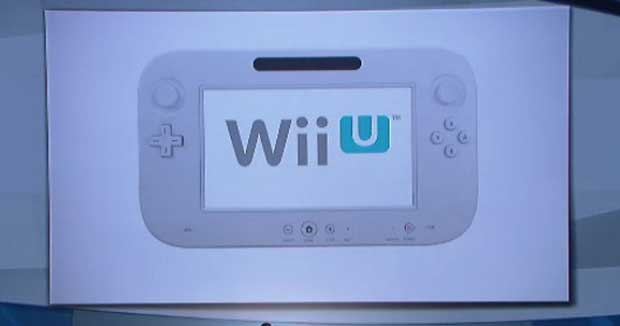 This morning Nintendo revealed the Wii U.  Putting all the rumors to bed, the company showed off hardware, software, accessories, and branding the for the console which is scheduled to arrive in 2012.  Nintendo’s core philosophy with the console is that they are trying to offer something for everyone with the Wii U.

Preparing to draw in both the core gaming audience and the casual audience of the Wii, the Wii U was presented with a wide array of features at the show.  Most notable are the touchscreen controls and how they’ll play into future Wii U titles.  Nintendo showcased so many possibilities for the console, offering backwards compatibility between current Wii accessories and the new touchscreen device.  One such method was using a Wii-mote, and the touch screen at the same time.

The controller which featured a 6.2 inch touchscreen, a microphone, speaker, accelerometer, gyroscope, camera, and stylus capabilities showed alot of promise.  During the presentation, Iwata made sure to clarify that the controller could be used to play Wii U games without a TV through a streaming mechanism on the console.  Though it was a handheld device that could be taken on the go.

In their attempt to garner the core gaming audience, there appears to be plenty of third party support for the console.  EA made an appearance to reaffirm that they would be developing for the console, as well as 2k games, Bandai, Ubi-soft, and others.