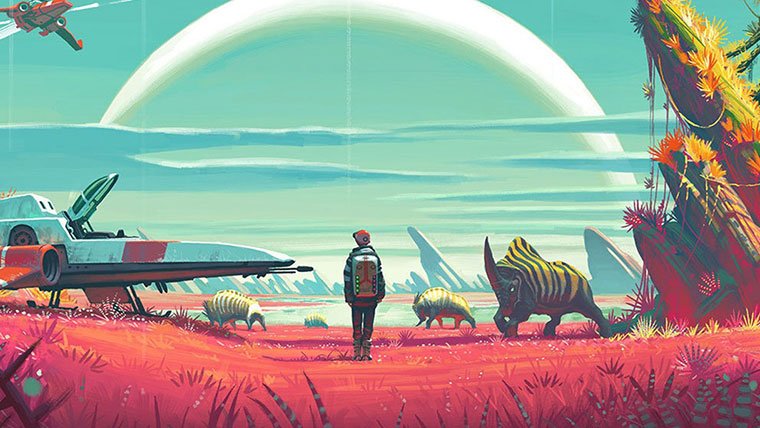 No Man’s Sky is heading to Xbox One this Summer. The game was originally a PS4 console exclusive, arriving on PC as well back in August of 2016. The game launched as a disappointment for fans who had expected some pretty big things from the game. Following the release developer Hello Games has really revamped the experience, delivering on a lot of the promise of the original concept. And now players can enjoy that on Xbox One as well with this new release containing all the previous updates plus the new Next update which is dubbed the “biggest yet” for No Man’s Sky.

“No Man’s Sky on Xbox One is huge. It includes the initial ambitious release, and all three major updates which changed so much: Foundation brought base building, freighter ownerships and survival game mode; Pathfinder introduced vehicles, online base sharing, and permadeath; Atlas Rises added 30 hours of story, a new procedural mission system and a visual overhaul,” explained Hello Games CEO Sean Murray.

The Xbox One version will be ported by 505 Games. As previously mentioned it will include all the updates for the game that have been released so far. It will also feature Xbox One X enhancements such as 4K resolution and HDR support. But what fans are most excited about is the Next update.

“This is our biggest update so far, and something we’ve been working ridiculously hard on,” continued Murray. “And after its release, we’ll continue to support No Man’s Sky with significant and free content updates on Xbox One. Next has a lot we’re going to surprise people with and I can’t wait until we can share more.”

No Man’s Sky arrives on Xbox One this summer.

No Man's Sky Xbox Xbox One
We're Looking For Contributors