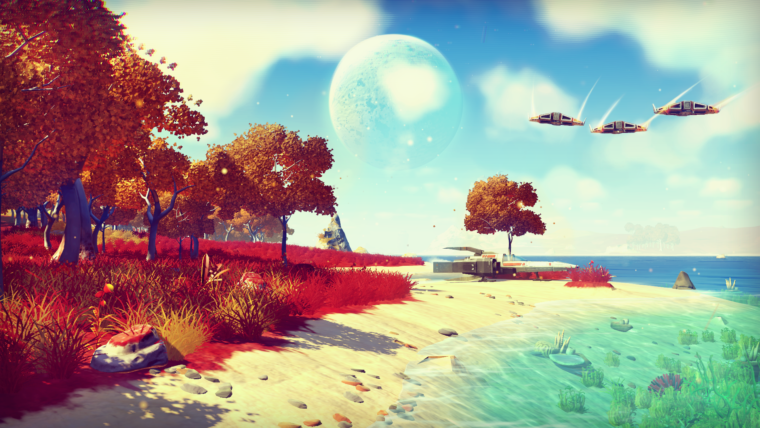 No Man’s Sky launched on PC a few hours ago and it seems like all anyone can say about the game is that it has a whole lot of performance issues. No Man’s Sky PC is running terribly on a whole lot of systems, prompting the release of the game’s first update just a couple of hours after it first hit the Steam store.

The main problems seem to be framerate related, with even ultra powerful machines having trouble running it at a steady pace. On top of this the textures have been criticized by many, and of course, the game is crashing for a lot of players.

Hello Games’ Sean Murray has already responded to the controversy, saying “99% appear to be up and running on our servers. We’ll begin trying to resolve asap for those who are having issues. Biggest issue reported so far is players without the Visual C++ Redist 2010. First PC patch released already! Update and restart if needed. Number two issue so far is players who have out of date GFX drivers, or none installed. Please install latest drivers from AMD and nVidia.”

If you are also experiencing No Man’s Sky PC performance issues then you might want to shut the game down, make sure Steam checks for an update, and totally restart. This could really help, if this update has actually become available for you. Still, some players are reporting a slew of problems with the game, some of which are worse than what was seen on PS4.

Prominent PC gaming enthusiast and YouTube creator Total Biscuit called this as bad of a port as Batman: Arkham Knight. That game was so poorly ported to the PC that it had to be pulled from the market. Updates eventually made things better, but it was far after the initial launch hype had died down. Let’s hope that No Man’s Sky does not suffer the same fate.