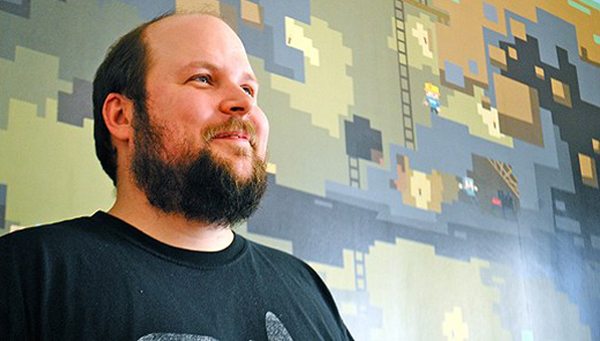 The mind of Markus “Notch” Persson has to be a tad chaotic at times. You’d have to be slightly crazy to develop a concept like MineCraft that would allow players to build constructions out of textured cubes in a three-dimensional world, and believe that it would sell over 5 million units. Straight from the mind of Notch himself, here is some of the first info regarding his newest (and just as bewildering of an idea) endeavor titled, 0x10c.

Notch has stated that the launch for 0x10c will be very similar in fashion to Minecraft‘s, allowing players to forge the game and shape the universe themselves. According to the game’s site, ox10c will take place in a parallel universe where the space race never ended, and space travel has become a competitive enterprise for corporations and rich individuals.Within this universe, a new “deep sleep cell” was created in 1988, , compatible with all popular 16 bit computers. The cell however, used “big endian,”” whereas the DCPU-16 specifications called for “little endian.” This led to a severe bug in the included drivers, causing a requested sleep of 0x0000 0000 0000 0001 years to last for 0x0001 0000 0000 0000 years. Players will start in the year 281 474 976 712 644 AD, and the first lost people are beginning to wake up to a universe on the brink of extinction, with all remote galaxies forever lost to red shift. Star formation has ceased completely and massive black holes apparently dominate the galaxy.

If you have no idea what the f**k this game is about, neither do we.

Here’s a list of game features that Notch and his development team hope to include before the game’s launch:

No word yet on how much 0x10c will cost, but Notch has stated that though single player won’t have any recurring fees, it’s likely there will be a monthly fee for joining the Multiverse, mainly because the developers will be “emulating all computers and physics even when players aren’t logged in.”