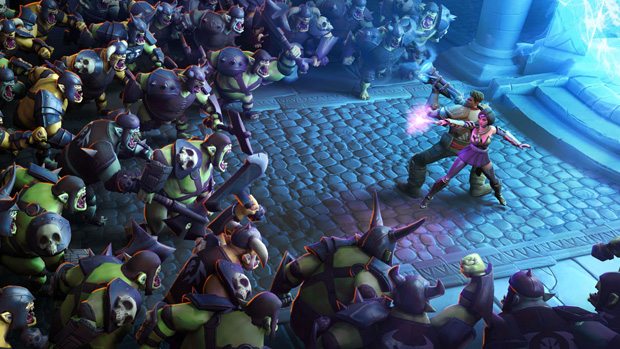 Orcs Must Die 2 is getting ready to release next week, and if you were looking to try before you buy, a demo version has just arrived on Steam.  In the demo, two of the early levels from the upcoming tower defense title can be played in either the single player or cooperative modes.

Including new traps and upgrades, as well as the Sorceress and War Mage character classes to choose from, the Orcs Must Die 2 demo should paint you a good picture of what to expect next week.  Orcs Must Die 2 releases on July 30th for Steam.

Orcs Must Die 2 begins days after the ending of the original game. With the rifts closed and the magical Order dead, the War Mage finds himself suddenly thrust into a new battle against the mindless orc mob. He has a powerful, if questionable, new companion in the Sorceress, an ex-War Mage responsible for the destruction of the Order.

The original Orcs Must Die released in 2011 and saw a decent critical reception.