Our Most Anticipated Games of E3: Call of Duty Elite 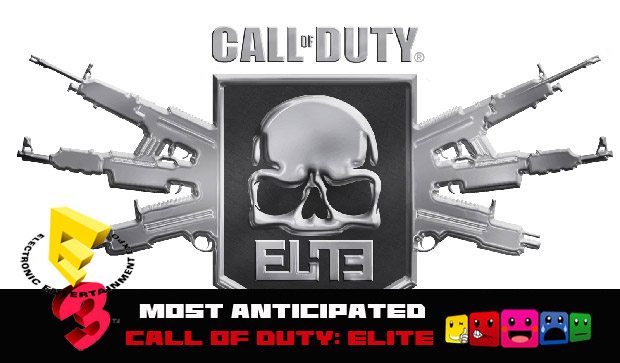 Outside of the halls of Activision, little is known about the upcoming add-on service that will launch with Modern Warfare 3. Speculation at this point is that Call of Duty Elite will expand on the Call of Duty Multiplayer experience by adding services and features that non-elite members won’t have access to. Activision announced that Beachhead Studios had headed up the division for its Call of Duty Franchise, and has been working out the finer details for almost two years.

Analysts and gamers have taken to speculation about the subscription based model for the content, and many believe that the game will feature a more dynamic in-game wagering system than the one that was introduced in Black Ops, competitive leagues and tournaments for the game, community development, exclusive content (which could be maps, weapons, killstreaks, etc.), free map pack updates, and other customization tools for the hardcore Call of Duty fan.

If you haven’t noticed, many first person shooters have tried to duplicate the success of the Call of Duty franchise in recent years. From the leveling system that the game introduced, to killstreaks and perks, if Call of Duty: Elite is a profitable venture for Activision it could mean a huge shift in the way content is delivered in the future.

Details are likely to disperse at E3, alongside our first look at Modern Warfare 3, which the Call of Duty: Elite Subscription is said to launch alongside this November.

Home / E3 / Our Most Anticipated Games of E3: Call of Duty Elite