Pac-Man Gets Fruity With Special Move In Super Smash Bros. 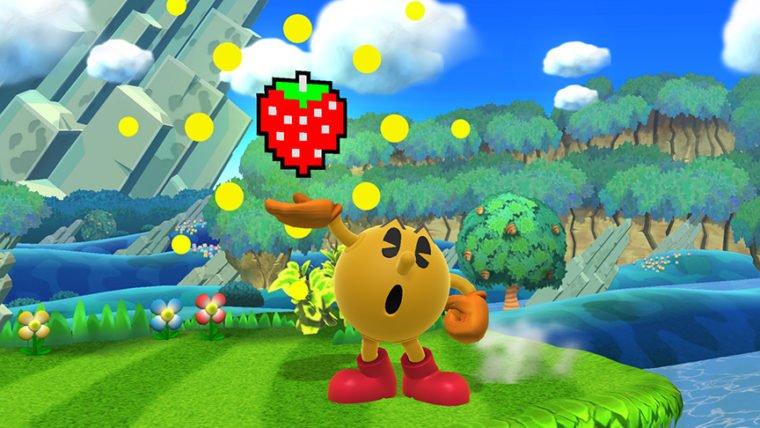 While we got the reveal of the three types of Mii Fighters and Palutena being added to Super Smash Bros. during the Nintendo Digital Event last week, Nintendo saved possibly the best announcement for last. Years ago, we would have never though we could have had even Mario and Sonic in the game, much less Mega Man. However, it got even better with the announcement that came last Tuesday night, with the reveal of Pac-Man as a playable fighter in the upcoming Super Smash Bros. for both Wii U and Nintendo 3DS.

This honestly comes to really no one’s surprise, especially considering Bandai Namco Games is helping to develop the fighter, but it still is incredible to think we will have Mario, Sonic, Mega Man, and Pac-Man all in one game together with the ability to fight one another. We got plenty of images at the time, but today’s Super Smash Bros. update came with another that details one of Pac-Man’s special moves.

Utilizing one of the items most synonymous with Pac-Man, you can cycle between a number of fruit that have varying characteristics. The following is the caption that came alongside the above image on Miiverse, courtesy of Masahiro Sakurai.

Pac-Man looks like he will dabble just enough in the past and present to be a blast to use in the game when it releases for the Nintendo 3DS on October 3 and the Wii U late this year.