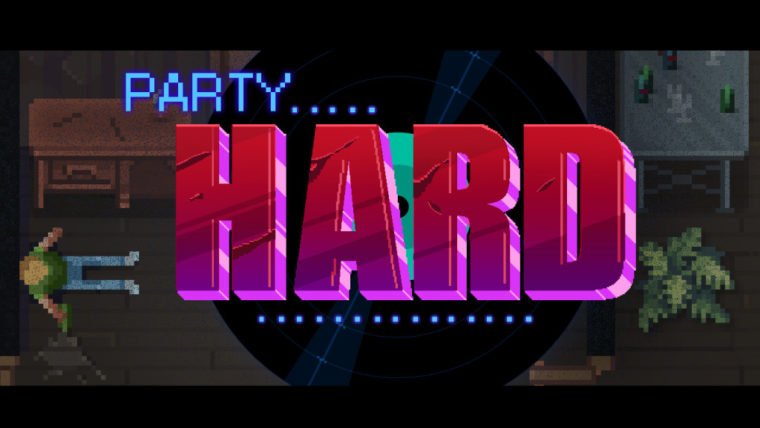 Have you ever been in a situation where your neighbor is just being ridiculously loud and you want to murder them all? Of course you have, we all have at one time or another. We’d never do it of course, we’re not psychopaths or anything. But, thanks to Pinokl Games and TinyBuild you can live out this fantasy, without actually ruining anyone’s life or going to jail.

Party Hard places you in the midst of a loud, raucous party. Your job is to make it all stop, by any means necessary. This means you’ll need to kill every single partygoer. The problem though is that there are just so many of them, a couple of dozen at least. To kill everyone at the party you’ll have to be methodical, picking off people one at a time and using the environment to your favor. Once a body is spotted the police are called and everyone will begin pointing fingers. As long as you aren’t too obvious with your killings you can get away with it though, and continue your rampage until the last partier is gone.

Party Hard began life in a Game Jam, with developer Pinokl Games putting together the rough framework in just a few days. The response was so good that they wanted to flesh out the idea a little bit, and with TinyBuild backing them up, that is exactly what they are doing. New levels, extra gameplay elements, pretty much anything that was lacking in the original Game Jam version, which you can play now on the game’s website, will be added in for Party Hard. 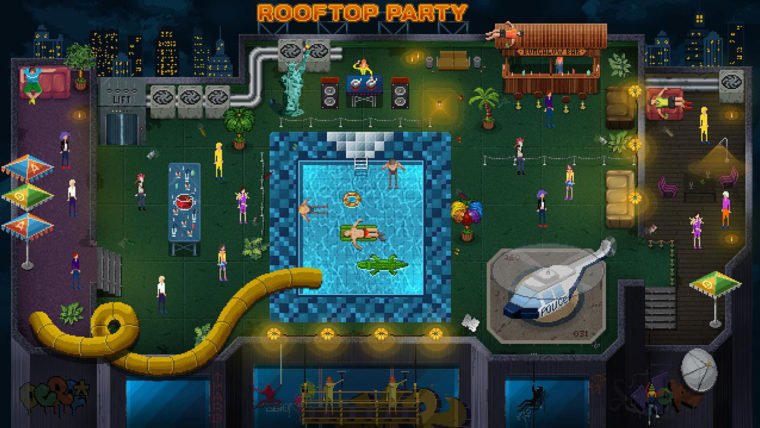 The game will be a sort of mini-roguelike. Levels will be procedurally generated, with about a dozen themes being prepared for the final game. You’ll unlock these themes, which will include a rundown crack house, a rooftop party, and possibly some more out there concepts. These themes won’t just be for show though, thanks to the environmental aspect of the gameplay you will use them in many ways.

While playing the default setting and the crack den my sessions were actually quite different. In the normal house I would try to track down any stragglers, sneaking up to them and stabbing them in the back while no one was looking. The more run down location offered a few more opportunities, such as the passed out partygoers that were littered about the house.

The most fun can be found when you use items within the environment though. Set the nearby fire electrical unit to explode, or put some anti-freeze in the drinks. Setting traps is both effective and fun as you watch your victims slowly move toward their own demise. The best are the ones you don’t expect though. For example, after one of my victims was discovered a partygoer called the police, as they so often do. As the police arrived they ran down another partier, making my job that much easier. 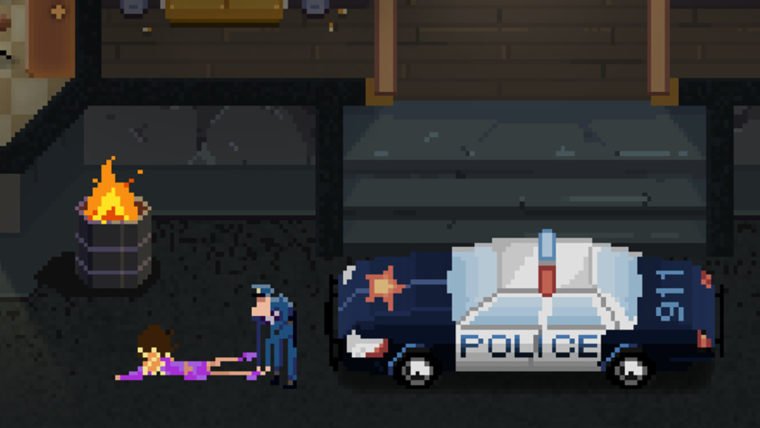 These police officers are also your main enemy though, as they will be the ones hauling you away if you’re discovered during your spree. They essentially just haul away whoever is the most obvious suspect, which is usually the person found closest to the body. You can sway suspicion away from you by trying to fit in. Pull off a successful murder, but see someone heading toward the body? Head to the middle of the dance floor and start partying. Just make sure you stop when the sirens start going off, or you might end up looking even more suspicious.

Party Hard is a game that takes a lot of skill, but mostly a lot of patience. However, from the theme and overall objective, you can tell that it isn’t really meant to be a serious affair. What players will find most of all is that Party Hard is very addictive, offering a definite challenge, but one that can be beaten with enough effort. As soon as I was spotted and hauled away by the cops I immediately hit Replay because I knew I could do better next time. That sort of game is hard to come by, but Party Hard seems to already be well on its way to delivering that kind of experience.

Party Hard will be available this Summer on PC and mobile platforms.