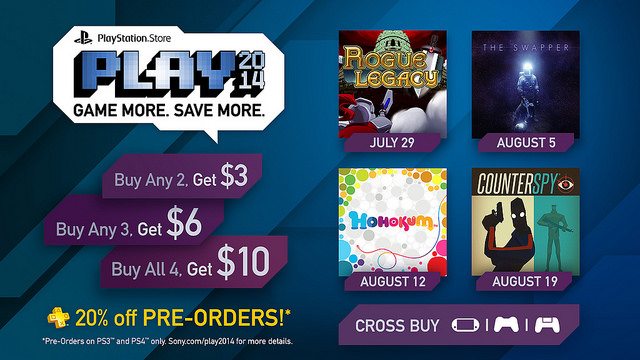 The promotion begins on July 22nd when the following four titles go live on the PlayStation Store and are available for pre-order.

Rogue Legacy, The Swapper, Hohokum, and CounterSpy will be launched on the PlayStation Store over the course of the next month for the PS3, PS4, and PS Vita. Each game features Cross-Buy, so buying the game on one platform nets you additional access on other PlayStation devices.

Those who pre-order the games will get PlayStation Store credits to be used on anything in the store. The promotion rewards those who buy more than one of the four titles with additional PS Store Credits.