The latest news in the world of video games at Attack of the Fanboy
October 13th, 2016 by Dean James 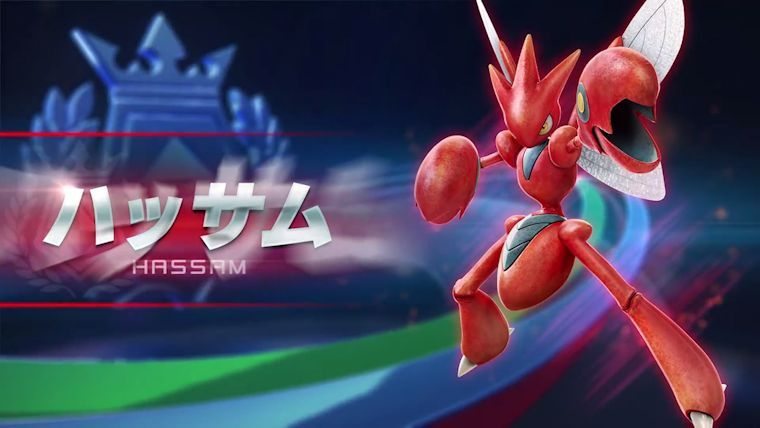 Pokken Tournament originally released in Japanese arcades before arriving on a console platform earlier this year with Wii U. The arcade roster started off smaller than the on-disc roster for the home version, but after adding the currently arcade exclusive Darkrai, yet another has been revealed as being added.

After the teasing of an announcement for today last week, it has been officially revealed that Scizor is the latest addition to the Pokken Tournament roster via a trailer from Bandai Namco Entertainment.

Scizor was introduced in the Gold and Silver era as an evolution to fan favorite Scyther. At the time, Scizor was part of the group of the first Steel type Pokemon as he was a Bug/Steel type.

This addition looks like a natural fit in Pokken Tournament like the rest of the fighters, with Scizor even having its Mega Evolution of Mega Scizor when using their Burst Attack move in the game.

Just like with Darkrai, we have no idea if Scizor will be coming to the Wii U version of the game at all. It is slated to join arcades next week on October 20, so anyone in Japan will be able to try it out then. In the meantime, make sure to check out Scizor’s reveal trailer below.