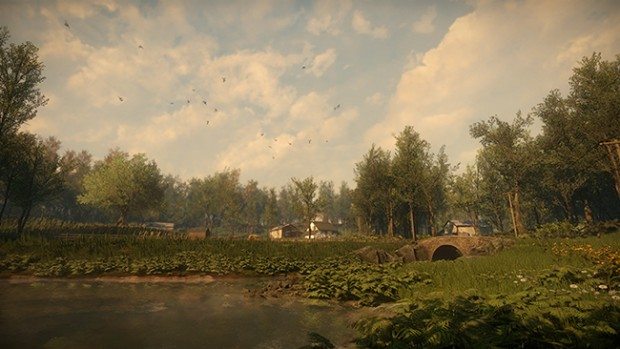 At E3 this year Sony Playstation announced PS4 exclusive Everybody’s Gone To The Rapture developed by The Chinese Room, a group of developers who are dedicated to make story driven games. Rapture is set in a remote valley in June 1984 and is about not only the end of the world but how people live with each other.

Inspired by the writing of John Wyndham, J. G. Ballard, John Christopher who all deal with stories of ordinary people in extraordinary circumstances. The approach by The Chinese Room is to create a game where you can completely immerse yourself in. It takes place in the Yaughton Valley which they hope to create as a character itself in a living breathing world.

Diving deeper into the intricacies of the game we find out that it is an open-world game where the player will be able to explore freely as they wish while going through the story that has a strong dramatic impact on the player. A key point they are trying to drive across is the following;

“The choices you make as a player have a direct impact on how you understand the story – the more you explore and interact, the deeper you are drawn into Rapture’s world.”

Check out the new trailer below and see if you want to join the rapture when it releases.

Everybody’s Gone To The Rapture