The latest news in the world of video games at Attack of the Fanboy
May 9th, 2016 by Scott Grill 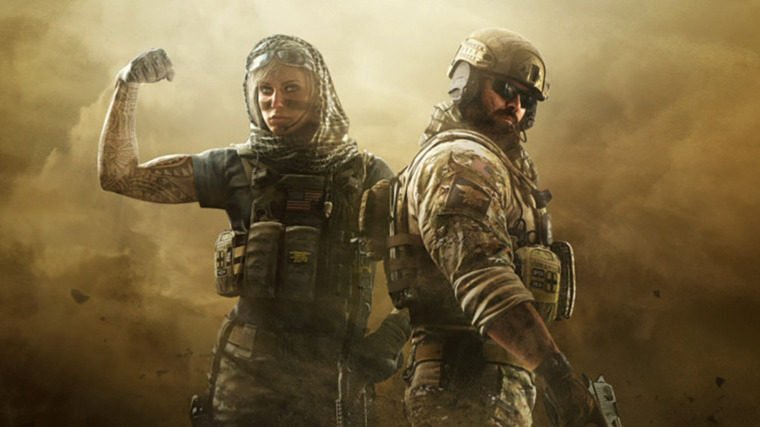 Rainbow Six: Siege is receiving its second major free update this week. The PlayStation 4, Xbox One, and PC tactical team shooter will add Operation Dust Line to its arsenal on Wednesday, May 11 with some notable gameplay improvements, a new map and a pair of new operators.

Operation Dust Line introduces the new “Border” map set at a Middle East border checkpoint. It features “a mix of old and new construction with open air pathways – making it the most destructible and open map to date,” per a Ubisoft press release.

Here are the update times by platform:

The new Rainbow Six: Siege map will be joined by two US Navy Seal Operators – Valkyrie and Blackbeard. The former is equipped with a sticky camera that she can deploy anywhere on a map to give her team a tactical advantage by seeing enemy movement. The latter can mount a Transparent Armored Rifle Shield on his weapon to serve as protection while assaulting enemy positions.

Ubisoft is dropping a number of tweaks and bug fixes to Rainbow Six: Siege with the Operation Dust Line update. Pump-action shotguns have had their range increased slightly and a deadzone issue with controller have been fixed. An overview of some of the features is below, but full details can be found on the game’s website.