The latest news in the world of video games at Attack of the Fanboy
June 19th, 2015 by Kyle Hanson 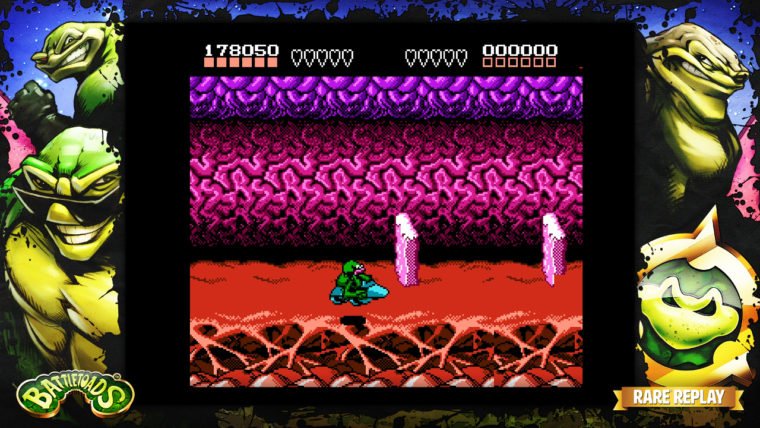 Rare Replay contains an infinite version of one of the hardest levels in gaming history, the Turbo Tunnel from Battletoads. However, as we have seen before, if you give gamers a challenge then they will rise above it. Sometimes way above.

Fans got to get some hands-on time with Rare Replay at E3 2015, and one emerged as possibly the greatest Battletoads player ever. While speaking about the infinite Battletoads Turbo Tunnel in Rare Replay, Lead Producer Adam Park said “over the last few days we’ve had a guy come up on the show floor who managed to get almost seven minutes.” That guy was Twitter user Zenny, who Tweeted his time of 6 minutes and 16 seconds.

“The engineer who has been working on it back at Rare found this out, so he then stayed up till three in the morning to beat his time and Tweeted it back at him. He (meaning Zenny) then came back yesterday and got up to 12 minutes.”

The two went back and forth a couple of times, with runs reaching over 15, and 18 minutes. The final result came in on the last day of E3. “Today, he was back on the show floor and he was able to last 30 minutes.” The exact time was 29 minutes and 32 seconds. “He went into a sort of zen-like state. He completely didn’t care about anyone around him,” said Rare Replay Lead Designer Paul Collins.

To learn more about Rare Replay check out our full rundown of the game from E3 2015, coming soon.