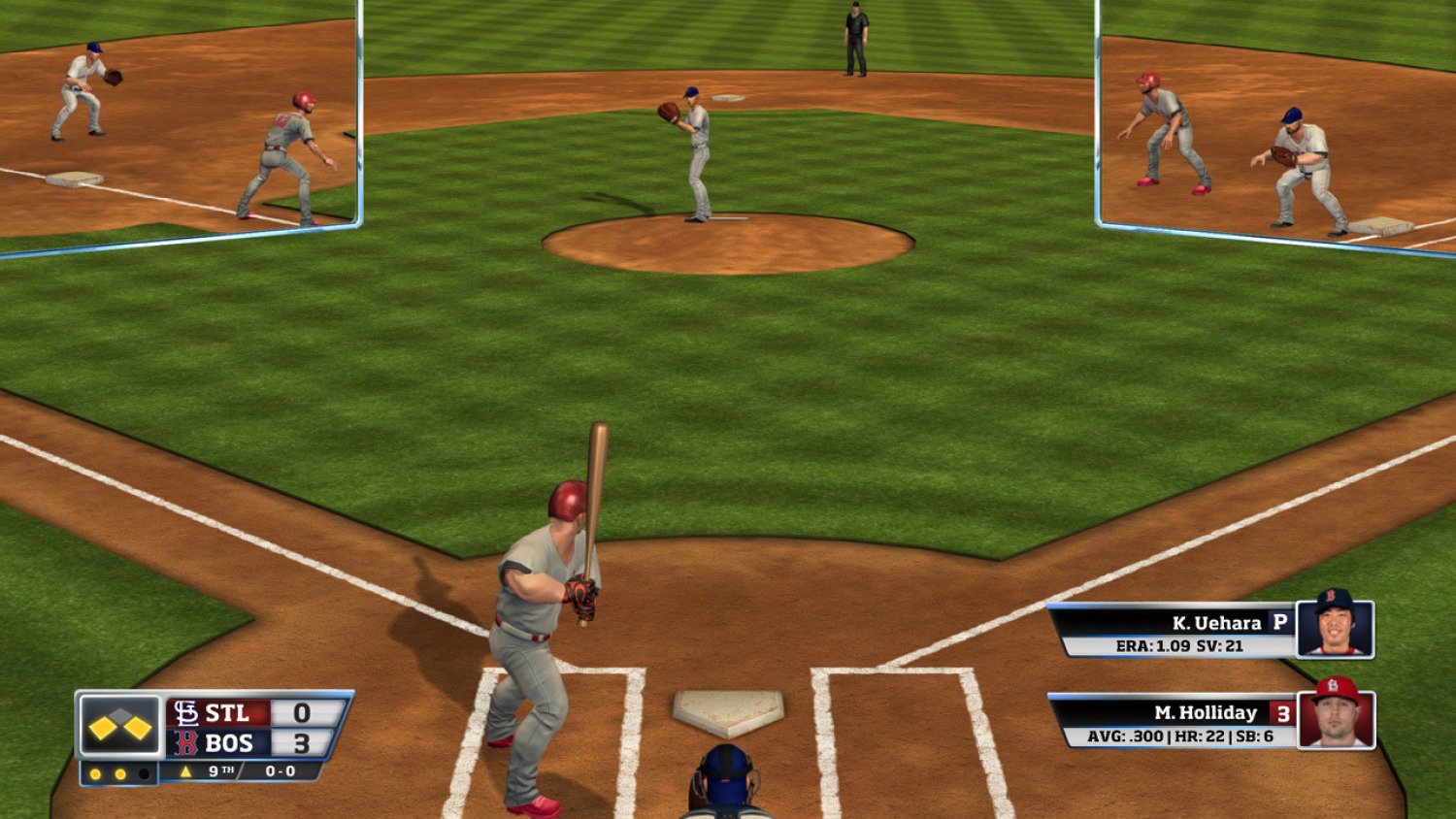 After the ending of the MLB 2K franchise officially this year, it was looking like the MLB: The Show series was going to be the only official baseball game around, leaving non-PlayStation consoles out completely. That changed when MLB Advanced Media announced that they were bringing the RBI Baseball series back again for a number of platforms, including next-gen.

RBI Baseball 14 released back in April, right after the currently MLB season started, but at the time only came to PlayStation 3, Xbox 360, iOS, and Android. Now, MLB Advanced Media has revealed that they are readying for release on Xbox One and PlayStation 4 next week on Tuesday, June 24.

RBI Baseball 14 takes an arcade style approach with only a two-button control scheme in comparison to the more realistic simulation style gameplay found in The Show. This series dates back to 1988 in the US with the original RBI Baseball for NES, so it certainly is a good nostalgia trip to check out.

MLB Advanced Media also announced that they were bringing an update later this summer that will be adding a new competitive multiplayer mode and what they are calling a “special alumni pack,” which will add 60 classic players from the early days of the series.

While RBI Baseball 14 isn’t the type of game that is bound to downright amaze on a next-gen console versus the older ones, it is still good to see it come to more platforms. If you are interested, you will be able to download it next Tuesday on both Xbox One and PlayStation 4 for $19.99.