13 classic SNK titles have been revealed this far and there are more to come. 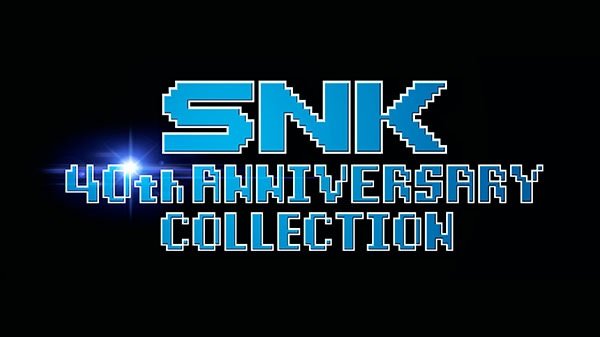 The SNK Corporation is turning 40 later this year and it’s celebrating its birthday in style by releasing the SNK 40th Anniversary Collection for the Nintendo Switch this fall, featuring an assortment of titles from the company’s golden years.

The SNK 40th Anniversary Collection will include at least 13 titles, some of which will be available in both arcade and console versions. In addition, the announcement via publisher NIS America indicated that there will be more games to come. Here’s what’s confirmed thus far:

Despite each of these titles being rather old, The SNK 40th Anniversary Collection will include an assortment of features to make them feel less dated. Each title will have “redesigned control schemes for a modern feel” and players will be able to “rewind and save at any time.” Furthermore, the collection will include a “Museum Mode” where viewers can “explore the legacy of one of Japan’s leading developers with high definition artwork and original promotional assets.”

This is the latest instance of SNK titles making their way over to the Switch, as an assortment of entries in the Art of Fighting, World Heroes, Samurai Shodown and Metal Slug series are already on the platform. Unfortunately, the fact that this is a stand-alone collection seems to be an indicator that the Virtual Console won’t be making it on the Switch anytime soon.

In the meantime, if you’re interested in getting in on some of SNK’s history, then you can pre-order The SNK 40th Anniversary Collection at the at the NIS America Online Store. You might even be able to pick up the Limited Edition (includes a copy of the game, “Nostalgic Music Collection” soundtrack, “40th Anniversary Art Collection” hardcover art book, and collector’s box) if you’re quick enough.