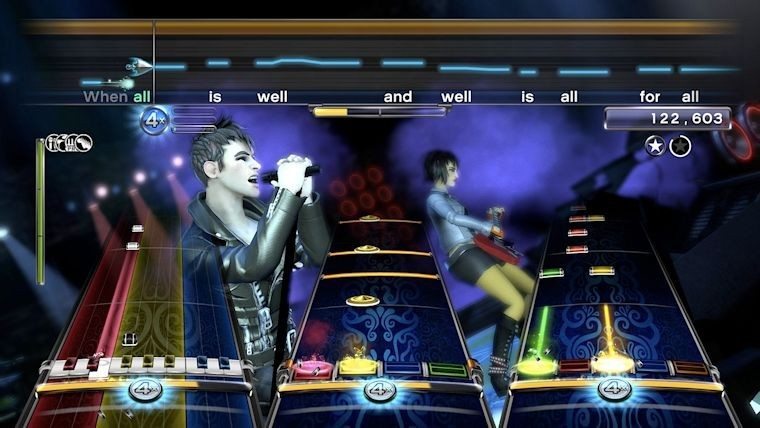 Rock Band 4 was finally revealed to the world late last week after much speculation and teasing over the last year. With that reveal also came the news that DLC was going to be carried over in some fashion to the new versions, but even with a really strong library of downloadable songs already, there are still so many songs out there that many gamers would love to see in the game. Luckily, Harmonix has brought back their song request website just in time to help shape the soundtrack and DLC for Rock Band 4

Harmonix revealed that the song request page was back up yet again through their Twitter account with the following message, which also included the Song Request page link.

The form to fill out to request is extremely simple, as it only asks the name of the song and the artist. Naturally, there is a disclaimer that not every request will make it into the game, but that is pretty obvious in the first place.

Also in Rock Band 4 news, it was revealed that the instruments themselves would not be seeing any major changes, according to EDGE magazine, courtesy of VideoGamer. According to that interview, the new instruments will look about the same as the past, especially involving the guitar, which they say is due to the long running partnership with Fender.

“The unnecessary proliferation of expensive peripherals helped kill off the music genre, after all, and launching with a shiny new range of essential fake instruments would be in conflict with Harmonix’s current beliefs.”

Do you believe Harmonix is right to avoid changes to the instruments themselves and instead focus on the other elements of the game instead? Make sure to let us know in the comments below.