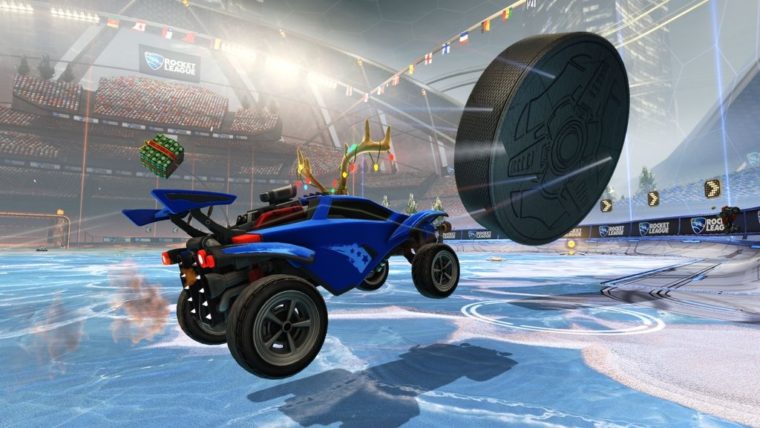 More and more developers are showering their games with the spirit of the Christmas season, and now Rocket League developer Psyonix is getting in on the fun. The developer has released a new update for the game called Snow Day, which adds several new things to the game.

If you play Rocket League from now until January 4th, you will be able to unlock seven different cosmetics to be used on any of your cars. These are the Holiday Gift and Candy Cane antennas, Blitzen, Christmas Tree, Sad Sapling and Santa toppers, and the Xmas rocket trail.

The update also includes the Snow Day online playlist, which replaces the game’s ball with a giant puck and the arenas themselves are ice-themed. This update is absolutely free and does not require you to have downloaded any of the game’s previous DLC.

Rocket League is currently available for PlayStation 4 and PC, though Psyonix recently revealed their plans to bring the game to Xbox One in February of next year. However, unlike the PlayStation 4 and PC versions, the Xbox One version will not support cross-platform play.