Rocksmith $200 Bundle to Come With Guitar 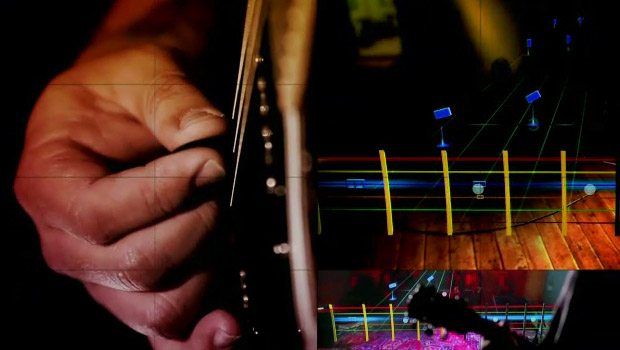 Ubisoft officially confirmed today that a $200 Rocksmith bundle will include an Epiphone Les Paul Junior guitar as well as conversion cables. The game will also be available in an $80 standard edition which includes a Real Tone Cable, but that version isn’t much use without a guitar to actually play the game. However, gamers will be able to save a little bit of money by reserving the title at GameStop where they’ll earn a $25 gift card to Guitar Center. That credit can then be applied toward the purchase of any guitar in the store. Rocksmith is set to drop this October.

On a side note, if you haven’t yet Googled anything recently, get to the search engine’s home page at some point today and check out the awesome and interactive Google Doodle which commemorates what would have been the 96th birthday of legendary musician and guitarist Les Paul. For those of you who don’t know, the Gibson Les Paul is one of the most well-known electric guitar types in the world. When Orville Gibson, instrument mechanic and founder of the Gibson Guitar Corporation created the guitar, he recruited popular guitarist Les Paul as the primary endorser (hence the name).