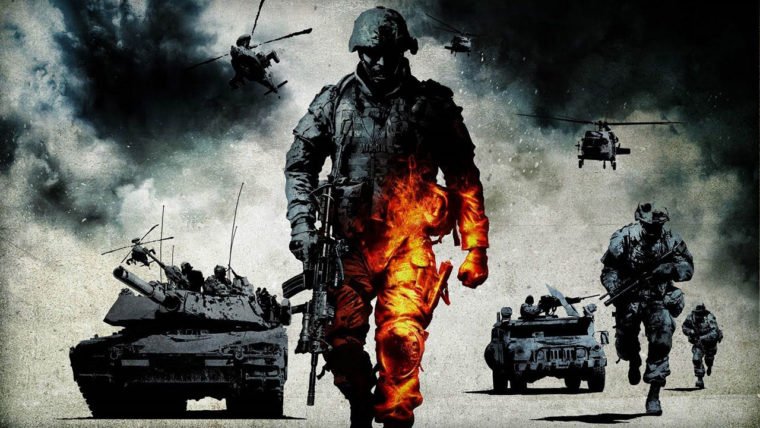 What appear to be unfinished material for the upcoming EA Play event before E3 2016 have apparently leaked, showing not only the existence of the much rumored Battlefielf 5, but also additional details about the game and its DLC plans. If these leaks turn out to be true then the official title for BF5 will be Battlefield 5: Eastern Front, and it will eventually see the release of five DLC expansions

The leak comes from Reddit where user Koxin posted the images with little explantion as to where they came from, or how he got them. This should definitely raise some red flags, but so far they look close to what one might expect from the upcoming shooter.

First off we have logos that will apparently be used at EA Play, though handwritten notes mark places where they will need to be altered. Finally there is an info sheet where most of the addition details were retrieved.

This sheet reveals that the first Battlefield 5 DLC will hit on December 6th, 2016, a definitely believable release date for a game like this. The story will center around Eastern Europe, where the player will help fight off a Russian invasion with the help of some European allies. Locations will reportedly include Tallinn, Kiev, Vilnius, and Minsk.

The rest of the sheet is devoted to the other DLC, showing the remaining four planned packs as Fallen Dragon, Prototype Warfare, Titan Assault, and Independence Day (though a note says to change the name). This section has fans both excited and worried, as it shows some interesting new additions to the game, but also a lot of returning maps from previous games.

Really, the whole sheet looks fishy, but it’s worth checking out in the absence of official word from EA and DICE. Some of the notes and misspellings really point to this being a fake, but let us know what you think in the comments below.