Rumor: First Free Games Revealed For PlayStation Plus In April 2016 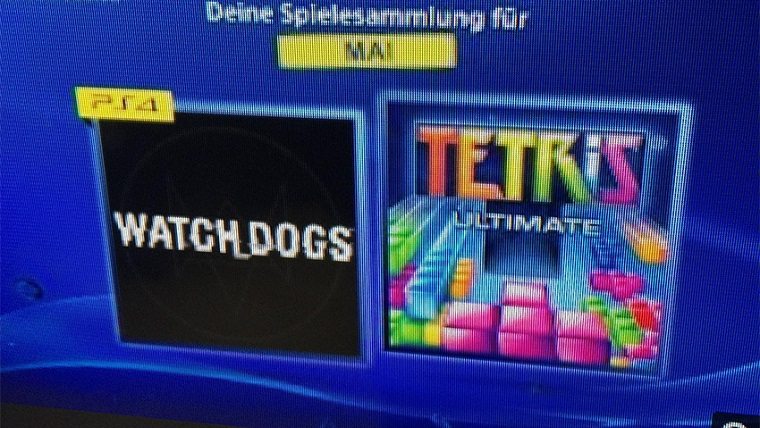 The first two free games being offered to PlayStation Plus members in May 2016 might have already been revealed thanks to a photo that has been taken from the German PSN store.

The image you see above was captured from a Reddit user in Germany. The two free games that might be offered to PlayStation Plus members in May 2016 will be Watch Dogs and Tetris.

It’s worth mentioning the games were seen on the PS4 PSN store so this means other titles will be offered for PS3 and PS Vita owners next month. Both Watch Dogs and Tetris are published by Ubisoft which is interesting to note.

Leaks on PSN are usually reliable, but still categorize this news as a rumor since Sony has yet to make an official announcement on the free games being offered in May 2016.

If Watch Dogs is being offered in May, this could be a sign that Ubisoft is gearing people up for Watch Dogs 2. Ubisoft has confirmed that it’s being developed, but no substantial information about the game has been shared yet. It’s possible its first reveal will occur at E3 2016