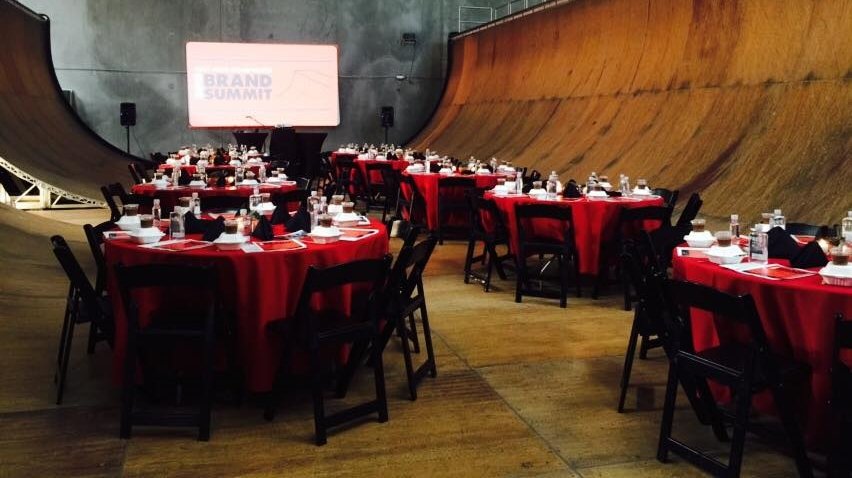 Fans have been waiting for a new proper Tony Hawk game since the announcement of Tony Hawk RIDE left a sour taste in everyone’s mouth. It seems that some fans might be a bit more excited than others at the possibility of Tony Hawk 5. 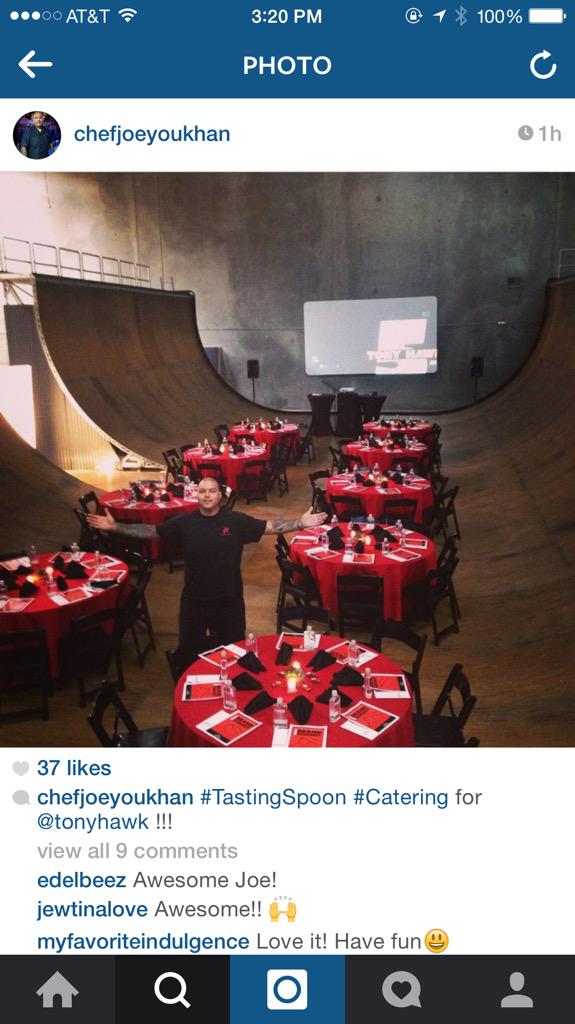 Images have surfaced for a brand summit for Tony Hawk that is going on today and the images even went as far as to reveal a possible early logo for Tony Hawk 5 in the back. The images were via Chef Joe Youkhan of The Tasting Spoon. They were originally posted on his Instagram account, but were later taken down. They were later posted by industry veterans Tom Happ and Daniel Kaiser, the later even had a version that was edited and replaced with a lovely face palm. Fitting if the images are real to begin with.

Joe Youkhan also posted a few images of himself with the man himself, Tony Hawk via his Facebook. Of course images can be altered and someone could be having fun and just added Tony Hawk 5 logo in the back. So until we have official confirmation you should take this news with a grain of salt.

We have reached out to Activision for comment and will update this story if we receive a response. Until then, keep on hoping for Tony Hawk 5 everyone.

It appears it is in fact true. Tony Hawk 5 is a thing. Activision reached out to Polygon and made the following statement:

4/10: Activision was able to provide us with a statement which you can find below;
“It’s no secret there is a new Tony Hawk game coming, Tony announced it on Twitter months ago. ‘Tony Hawk 5’ is a working title, not the final one. Look for detailed info on this game soon.”