Rumor: Ubisoft To Announce New Prince of Persia At E3 2015

The latest news in the world of video games at Attack of the Fanboy
June 6th, 2015 by Damian Seeto 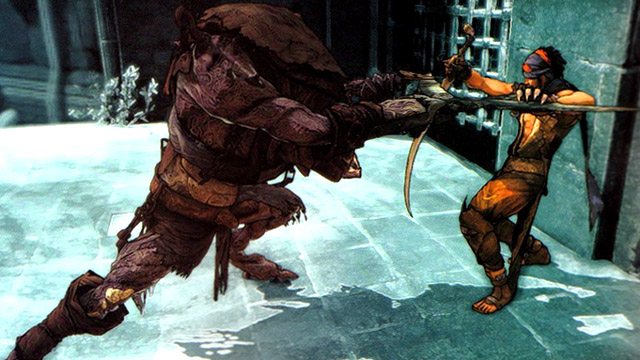 A voice actor may have leaked that Ubisoft plans to announce a new Prince of Persia game at E3.

Robin Atkin Downes announced on twitter the other day:

“Looking forward to it! #PrinceOfPersia and #georgewashington will be there.”

Robin Atkin Downes was the voice for the Prince in Prince of Persia: Warrior Within. He’s also a voice actor for a ton of other video games as well. He must know that Ubisoft will be announcing something big at E3 2015.

It’s been a long time since fans have been treated to a proper new Prince of Persia game. There was some excitement a few years ago, but it was just for a mobile game.

A new Price of Persia game for PC, PS4 and Xbox One will be cool to see. The series has taken a backseat as of late to the Assassin’s Creed series. It would be cool to see the Prince back in action.

Ubisoft does have an E3 2015 presentation so it’s possible the new Prince of Persia will be announced then. Hopefully Mr Downes is right and wasn’t trolling the fans.

Fallout 4 was announced just a few days ago, so anything is possible at this rate. It will be disappointing if Ubisoft doesn’t announce a new Prince of Persia game soon.