Shadow of the Colossus Gets a Story Trailer Ahead of Release

The latest news in the world of video games at Attack of the Fanboy
February 1st, 2018 by Jose Belmonte 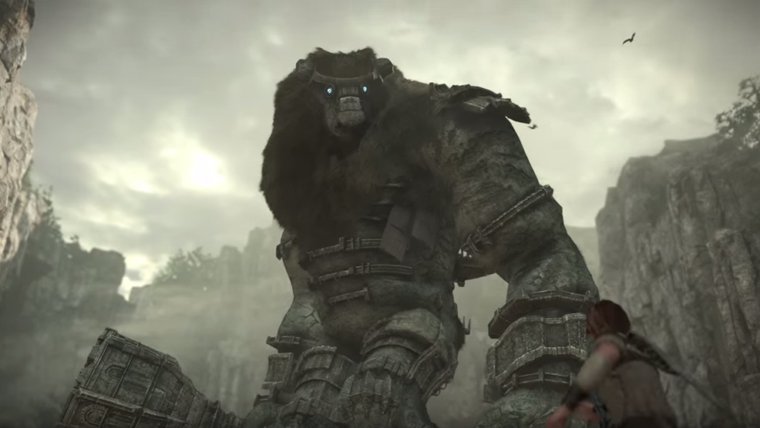 The remake of Shadow of the Colossus is almost here, and today Sony has decided to showcase an often overlooked aspect of the game, which is its emotional story. PlayStation has posted a new official trailer on Youtube that summarizes the events that set the adventure in motion, although considering this is a Fumito Ueda’s creation, don’t expect any plot details to be clearly exposed.

Ueda’s work has always been defined by a high sense of poetry. Ico, Shadow of the Colossus and The Last Guardian are games that make extensive use of powerful visuals, music and emotions to convey the ideas that are not explicitly presented in the form of dialog or long texts. This story trailer follows the same path, portraying seemingly disconnected images that give viewers an impression of how the story will unfold.

In this case, we see the protagonist mourning the dead body of likely a woman he loves, a group of men who seem part of a cult, and then the hero again facing one of the colossi, which suggests that the quest to hunt the creatures of the title has an end goal related to the dead woman. However, things get complicated by the end, when the darkness from the giant gets inside the hero.

Shadow of the Colossus launches exclusively for PS4 on February 9. Watch the new trailer below.