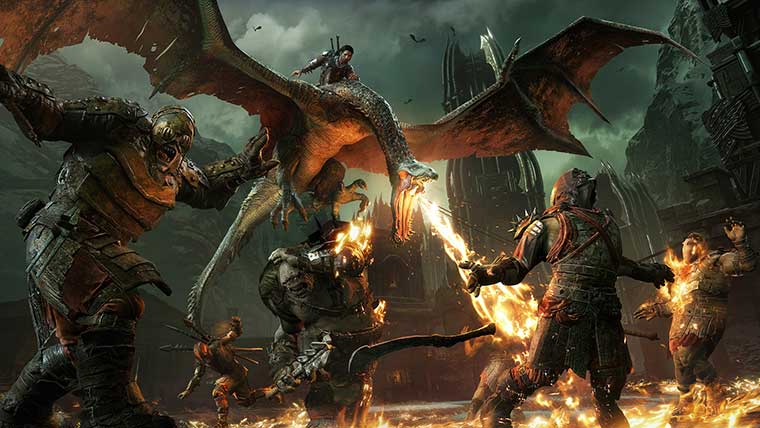 Middle Earth: Shadow of War has a number of new content updates coming to the game in the coming weeks. Both free downloadable content and premium expansions will begin to arrive on the release date that was just announced for November 21st.

On that date, players can expect a couple of things.  We’ll start with the free stuff:  On November 21st, anyone who owns Shadow of War will be able to play in a couple of new modes and utilize a new “Enhanced Photo Mode.”

Rebellion Mode: Crush the rebel Ologs and Uruks in your forces as they seek to undermine the Bright Lord – Release Date November 21st.

Also arriving on November 21st is the first premium expansion for the game in the Slaughter Tribe Nemesis Expansion.  This premium content adds a new tribe to the game, fortresses to conquer, new missions, a legendary gear set, and new upgrade challenges and conquest activities.  The Slaughter Tribe Nemesis Expansion is included in the Season Pass which is currently $39.99.   It also comes as part of the Shadow of War Gold Edition.  The expansion can also be purchased separately for $14.99.

Next month, Monolith will also be releasing both free and paid DLC for the game.  Online Fight Pits will arrive on December 5th that allow players to challenge another player’s Orc follower, in Overlord vs. Overlord battles.  Winning these battles will net players powerful rewards and upgrades.

On December 12th, players will get a taste of the most difficult challenge to date in Brutal Difficulty.  This mode is said to be more powerful than Nemesis mode as it offers no last chances.  Also on December 12th, the second premium expansion will arrive.  The Outlaw Tribe expansion again features a similar content set with a new tribe, fortresses, missions, gear set, upgrade challenges and conquest activities.

In 2018, Monolith says that there is more to arrive on the free content front for Shadow of War.  They haven’t announced anything yet, but say that there will be announcements for more free stuff in the future.  There are a couple of planned story expansions set to arrive next year for the game.  The Blade of Galadriel and Desolation of Mordor Story Expansions will arrive in February and May of next year, respectively.