The latest news in the world of video games at Attack of the Fanboy
March 17th, 2017 by Mike Guarino 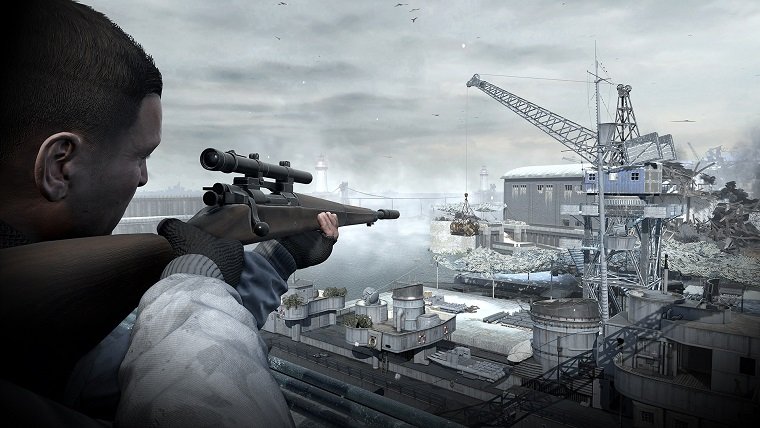 We recently learned all about Sniper Elite 4’s post-launch DLC roadmap, and now developer Rebellion Developments announced the release date for the first piece of it. The first DLC is called Deathstorm Part 1: Inception, which will launch on March 21st for PlayStation 4, Xbox One and PC.

This DLC serves as the first part of a three-part mini campaign featuring a brand new storyline. The following is a breakdown of this opening mission:

“Set after the events of the main game, the first chapter takes players to the colder terrain of northern Italy, and a Nazi naval base recently targeted in a bombing run. With imposing scaffolding, a German destroyer and myriad Kriegsmarine soldiers to negotiate, Karl Fairburne must help finish what the bombing run started. But his primary mission concerns the secret Manhattan Project: To retrieve a critical, mysterious package codenamed Deathstorm…”

To go along with the Deathstorm DLC is the release of the Night Fighter Expansion pack that will launch the same day, which includes three new weapons, night-time camo rifle skins for eight weapons, and new male and female character skins. While you will be able to purchase these pieces of DLC individually, they are also included in the game’s season pass. Prices for the individual DLC packs were not detailed.

While the aforementioned content is paid, owners of the game can also expect free content to come to the game as well. A new map called Night Woods and a new mode called Elimination will be coming soon, with the following being a description of the new mode:

“This two-team mode for up to 12 players is all about trying to whittle down your opponent’s numbers. If you kill an enemy player, they’re forced to sit out on the sidelines. But if their team kills one of your teammates, they tag back in one of their sidelined comrades. In Elimination, all is not lost, even when you’re 1 v 6.”

Sniper Elite 4 is available for PlayStation 4, Xbox One and PC. Despite being the fourth installment in the series, it’s a great place for newcomers to jump on and is arguably the best entry yet. We had a great time with the game when we played it, giving it 4/5 stars in our review.