Sony will charge for multiplayer on the PS4

The latest news in the world of video games at Attack of the Fanboy
June 11th, 2013 by William Schwartz 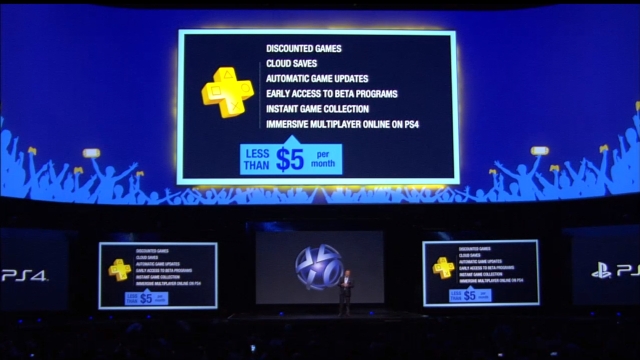 Sony had an impressive showing at their press conference ahead of E3 2013. They finally revealed the PS4 hardware, they’ve priced the system at $399, and the console is extremely consumer friendly.

However, the PlayStation 4 will require a PlayStation Plus membership to play online multiplayer. Amid the exciting reveals at Sony’s show, Sony snuck that one in at last night’s E3 conference.

Single player games can still be enjoyed without paying for PlayStation Plus. Is it a deal breaker? Our very own Ethan Powers doesn’t think so, where he explains why Sony has already won E3 with the PS4 reveal.

Home / E3 / Sony will charge for multiplayer on the PS4