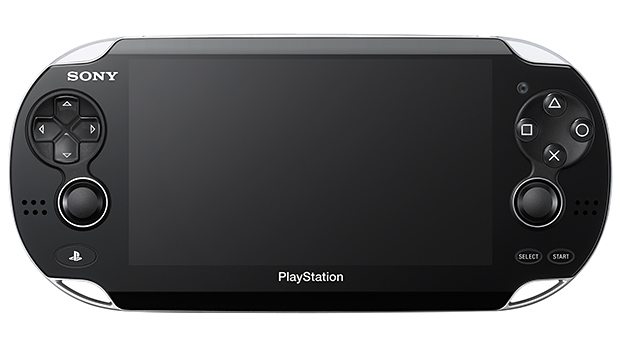 For a company that needed to get everything right, they blundered the first basic, most essential aspect of having a successful E3 press conference – starting on time. Sony’s presentation started about 16 minutes late, and one could only assume that either LulzSec was at it again, or the company was pulling a practical joke about their incompetence.  Thankfully for Sony, the rest of their conference was pretty darn good. Here are the announcements as they were made:

Uncharted 3: Drake’s Deception – The demo began as Drake is set on what looks to be a deserted ship. He makes his way into a lavish ball room, quietly taking out enemies. He then moves on to the ship’s cargo section and after a large explosion, the area begins filling with water.  A new melee combat move shows Drake pulling the pin off an enemy grenade while it is still strapped to their chest. He then gets to an above room but soon finds himself underwater once more. As the player finally gets to a dry area, the demo ends as a wave of water comes smashing in from behind. The story will apparently take Drake to Arabia to locate the “Atlantis of the Sand.”  The trailer shown displayed some smooth cinematic gameplay with fantastic set-pieces.

Resistance 3 – The game’s story will take place 4 years after the events of Resistance 2, and our protagonist is headed to NYC, determined to make a last attempted strike which may defeat the Chimera. The demo began as a Chimera dropship lands in front of the player. You eventually get a hold of a Chimera power cord which will aid in the resistance fight. The demo ends just as it starts to show us something worthwhile as an enormous Chimera creature emerges over the edge of the partly-destroyed building. It wasn’t a bad demo by any means, but if Resistance 3 seeks to be something more than a run-of-the-mill shooter in a jam-packed genre, it will have to engage its players in different ways.

Ico, Shadow of the Colossus, God of War: Origins Collection to be Updated in HD – Some of the most beloved PS2 and PSP games ever created are being re-made in High-Def.

Playstation-brand 24 inch 3D TV Announced – This announcement was as surprising as it was awesome. Sony has officially killed that annoying co-op frustration called “split screen.” The TV will allow for two people playing on it each to see a full screen image rather than the normal one half on a standard definition  TV. If that weren’t enough, the TV will also be  bundled with Resistance 3, an HDMI cable, and 3D glasses.

NBA 2K12 – Kobe Bryant appeared on stage to showcase how the Playstation Move will be integrated into the new installment. The concept is referred to as “NBA On the Move” and it allows the player to pass simply by pointing the Move controller at the on-screen player they want to pass to.  It also works on defense, with players targeting opponents for steals. According to Kobe Bryant, the game and controls are so realistic that they’re frightening.

Medieval Moves: Dead Man’s Quest: This fantasy action game for the Move gives players the ability to throw daggers,  and realistically reach to their backs to pull out arrows. The game does not feature an inventory list. Instead,  all weapons are selected through hand motions. Players will have the opportunity to perform a variety of tasks with the help of the Move such as unlocking doors and climbing ladders. From what we saw, it certainly looks a lot smoother than the motions in Star Wars Kinect.

inFAMOUS 2 – The new trailer featured lots of good gameplay footage, but if you’re not sold on this game yet, the trailer probably didn’t convince you. The game launches tomorrow.

Starhawk – A futuristic looking sci-fi shooter. From the trailer, it looked like a combination of Transformers and Mad Max.

Sly Cooper: Theives in Time – The original Sly Cooper for the PS2 was always a guilty pleasure of mine. This game will undoubtedly be a  fun platformer which both hardcore and casual gamers can enjoy.

Dust 514 – A sci-fi FPS that will feature move support and will combine with EVE: Online to create a cross-platform experience part of the same universe. The trailer looks promising, and the thought of uniting a console FPS and a PC MMO is very intriguing.

Bioshock: Infinite, Bioshock Vita game coming – The trailer for Infinite was nothing short of mesmerizing. The game looks to feature the same puzzle-shooter gameplay that made the first games of the series so popular, but it’s the environment that Irrational Games has created that will send this title beyond. The set-pieces and surroundings truly looked stunning. The trailer also proudly stated that it features ONLY in-game footage. That is certainly a welcome and refreshing addition. It was also announced that the title will feature Move support.

Saints Row: The Third to Have Move Support, Star Trek Move game –  A Move-enabled Star Trek game is coming and will feature beloved characters from the series. The gameplay looks, in a way, similar to that of the Mass Effect series, so that is something for you Trekies to be excited about.

Playstation Exclusives for Multi-platform Games – SSX will offer PS users an exclusive Mt. Fuji level, Need for Speed: The Run will offer 7 exclusive cars, and BF3 will be bundled with Battlefield 1943.

Playstation Suite – Not much info was given, but Suite will be a way for PS users to access Playstation-exclusive content from their phones and other mobile devices.

PS Vita – Finally, we have confirmation that it is in fact called “Vita” and the portable system will have dual touch pads, dual cameras, a six-inch OLED screen, two analong sticks, front and rear touchpads, and six-axis motion abilities to be integrated into some games. It will cost you $250 for the wi-fi only version, while it will be $299 for the 3G version. There were also some features that are to be included with the Vita. One of which is called “Party” that will allow you to voice chat with other PS Vita gamers in the same room, no matter what game they’re playing or where they are in relation to you. The other is called “Near” which will be a social connection tool that lets you connect and play with others around you. It also lets you recommend games and compare trophies with your friends.

Uncharted: Golden Abyss – Wow, the graphics showcased for this Vita title are incredible. More than anything else, the game really showed us what the PS Vita will be capable of as the rendering and models looked amazing. Features that were highlighted in the demo included touch screen melee combat and the ability to guide Drake with the touch screen while climbing walls and scaling cliffs.

Ruin – This PS Vita/PS3 title is an action RPG, but plays more like a hack-and slash similar to Diablo from what we saw of the demo. Multiplayer will include PvP combat with a “lair” for each player to destroy. Cloud based saves will allow players to pick up where they left off is they plan on playing on both Sony consoles.

Mod Nation Racers – A Vita edition of the game which showcased the innovative way of creating tracks with the touch screen. Want to make a figure 8? Just slide your fingers in that shape and there you go. The controls also work when altering the track’s environment with trees, lakes, etc. PS Vita players will also get to enjoy all PS3 created content for the game on day one of release.

Street Fighter: X Teken – The game will be released for both the PS3 and Vita, and the demo showed Cole McGrath from the inFAMOUS series as a playable character. The game looked great on the Vita which is great news for players looking to purchase it for the PS3.

Verdict (Aside from the delayed start) – A

This press conference was exactly what Sony needed to get back the trust and respect they’ve lost over the past weeks, and what’s amazing is that they did it without the announcement of God of War 4 (which is inevitably coming). A long line of exclusive upcoming titles are ahead, providing Playstation owners with exactly what Xbox owners yearn for and don’t have. A Playstation brand 3D TV, a wide variety of games in an array of genres including sci-fi shooters and third person action platformers, and even exclusives for multi-platform games. Sony simply caught Microsoft looking the other way tonight. Additionally, I think it’s safe to say that Vita has surpassed expectations. Loaded with the next generation in portable technology and with the ability to create and share content cross-platform with the PS3, I don’t see the Vita having any trouble dominating the portable market. If Nintendo was expecting to follow a down-and-out company simply trying to reassure their fan base, they now know they have to bring it tomorrow.