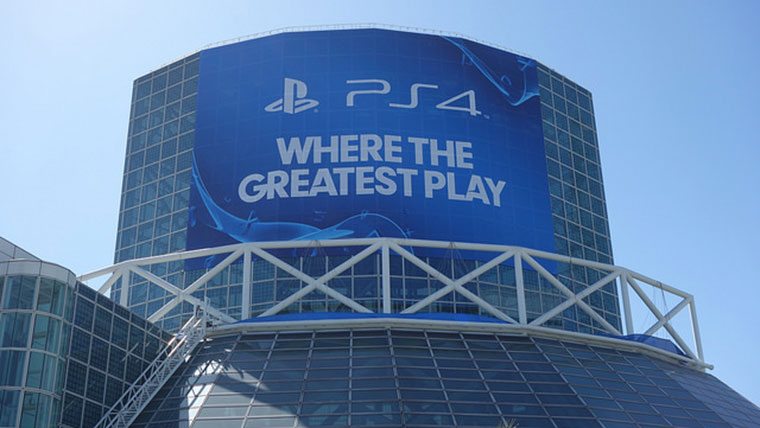 Sony traditionally purchases a large chunk of advertising real estate at the Los Angeles Convention Center during E3. Over the years we’ve seen the Kevin Butler and the PlayStation Move, we’ve seen slogans, handhelds, and other messages to make Sony’s presence felt at the convention.

Last year it was “Greatness Awaits”, this year PS4 is “Where the Greatest Play”.

We won’t have to wait long to find out what the “Greatest” will be playing in the near future. All shall be revealed on Monday at Sony’s E3 Press Conference. Though Sony has revealed a number of the games they’ll be featuring at their E3 booth space.

Sony recently highlighted their E3 line-up, boasting over sixty games at their convention booth. This includes the likes of many known quantities, including The Order: 1886, Drive Club, Diablo III, Planetside 2, The Crew, and a slew of indie games.

You can find the massive list of games over on the PlayStation Blog, but Sony warns that this isn’t the complete list, they’ve definitely got surprises in store.