SpeedRunners Sprints to Xbox One in New Trailer 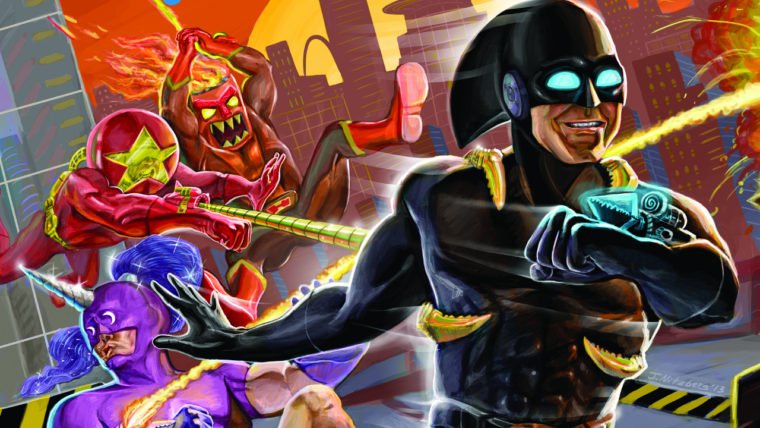 The popular indie game SpeedRunners will be heading to Xbox One at some point in 2015. SpeedRunners is a four player competitive platforming game where you try to outrun and outmaneuver your opponents, causing them to die via traps or off screen. The game is currently available as part of Steam’s Early Access Program, but will make its new-gen console debut with this newly announced Xbox One release.

The official description of SpeedRunners reads “SpeedRunners is a cut-throat multiplayer running game that pits 4 players against each other – locally and/or online. Run, jump, swing, and use devious pick-ups to knock your opponent off-screen.”

The game is extremely competitive, but also very easy to get started with. At its core it is just a platformer, where you head in one direction and jump over obstacles. The mastery begins when all four players are involved and you begin using the weapons and items available at your disposal. Bombs, rockets, spikes, and grappling hooks are just a few of the items that mix up the formula.

During the Early Access period for SpeedRunners the developer has made a lot of changes. Visuals have been fine-tuned, and new weapons and abilities were introduced. The footage in the trailer above is a remastered version of the original Steam Trailer. Developer tinyBuildGAMES was sure to point out that it is still early in the game’s development, so more changes could come before it sees its final Xbox One debut.

Aside from its mere existence, nothing further was revealed in regards to the upcoming Xbox One release. Pricing and release date info will be unveiled later on. For now all we know is that it will hit some time in 2015. Most likely this will occur after the game exits Early Access on Steam and becomes a full retail release.