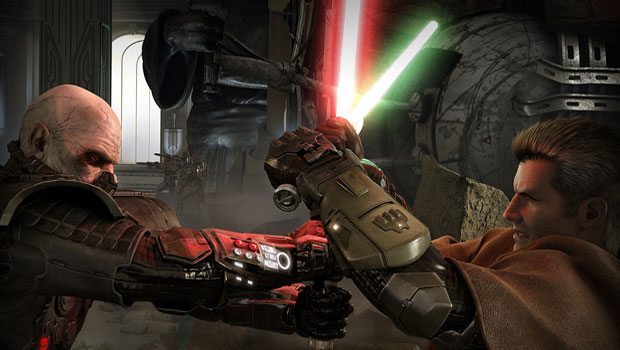 EA confirmed that Bioware’s upcoming MMORPG Star Wars: The Old Republic will be launching on December 20th in North America, followed by a European launch on the 22nd.  Providing clarity on the cloudy release window for the game, EA has been pushing for a 2011 release date for the game, though it had been uncertain if they would be able to meet this deadline.

EA has noted that there will be a limited number of Star Wars: The Old Republic copies that will available at launch.  The game which is being sold in both retail and digital distribution channels is seeing these clamps applied to availabilty in hopes to retain server stability and increase user experience during launch.

MMORPGer’s have at least one thing to look forward to this Chirstmas, and it’s the SWTOR.