The latest news in the world of video games at Attack of the Fanboy
May 31st, 2016 by Dean James 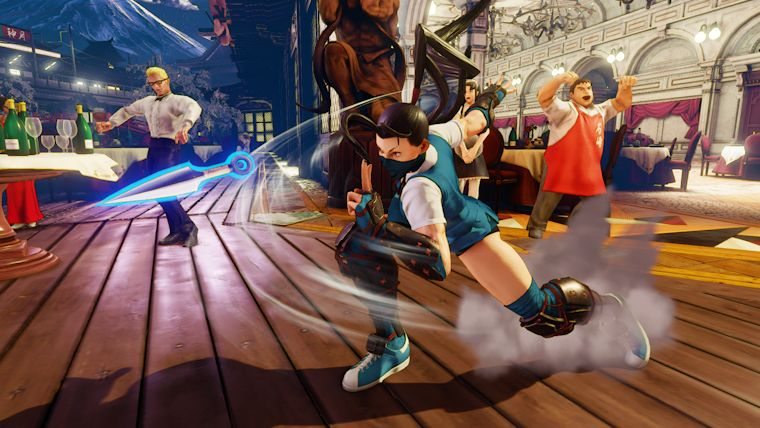 Street Fighter 5 released back in February with what many considered to be a lack of content, but they have added two characters in that time with Alex and Guile that helped to flesh out the roster more. With those two releasing in March and April, we were supposed to get the next in May, but while the next fighter has now been revealed, they aren’t coming until June.

Just like with the other two characters, the official Street Fighter YouTube page uploaded a reveal trailer for the next character to be coming to Street Fighter 5, which is Ibuki.

Ibuki first debuted back in Street Fighter 3, just like Alex, and while not in the initial Street Fighter IV, she was added in one of the later iterations. Ibuki is pretty unique to the series as a ninja, so she’s been a fan favorite for a long time.

Going into the weekend, there were teases about a Street Fighter 5 reveal coming, so we figured we would get a trailer Monday for a release on Tuesday just in time to make the May release date, but that is not happening.

Instead, Ibuki will be launching in June alongside the much awaited story DLC that will be coming for free. While we aren’t getting anything now, June will be bringing what hopefully will be quality content, so we’ll just have to wait a little longer.